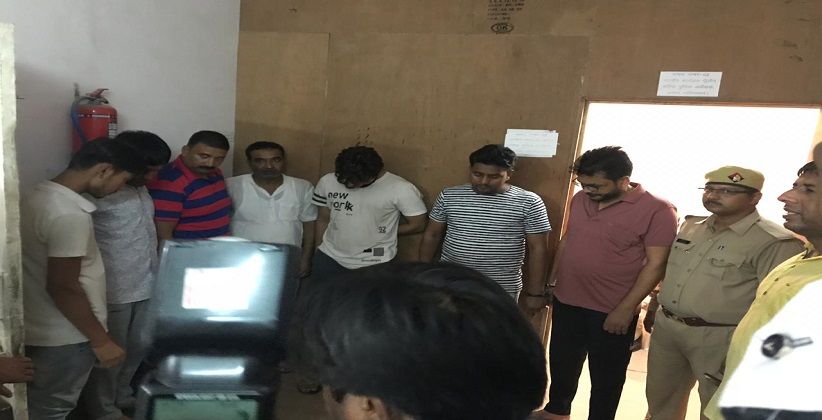 A team of police of the Sihani Gate Police Station, Ghaziabad has recently busted a gang of seven thieves who allegedly stole more than 50 luxury cars from Delhi-NCR and after forging the documents, sold the luxury cars in remote areas.

Senior Superintendent of Police Vaibhav Krishna said that the police team was patrolling the industrial area on the Meerut road during which seven people aboard two cars were detained on the basis of suspicion. Inquiry revealed that all the seven persons were accused in various theft cases for stealing luxury cars from Delhi-NCR.

According to police, accused Vishal Kashyap had even filed the form to contest the election of the legislators, but the nomination was cancelled. Another accused, Upendra Kumar was the chairman of the Lalkheerhi Cooperative Committee in the year 2004 and Aman alias Mannu is graduating from a renowned college in Noida. These three accused used to sell the stolen vehicles on behalf of the gang.

It has also been revealed by police that the gang leader Liaquat alias Pappu has been jailed for theft of a vehicle from Muzaffarnagar in the year 2009. Accused Upendra Kumar was also arrested in the year 1999 from Haridwar under the Gangster Act, 1986, while accused Shekhar was arrested from Sinbhali area in the year 2014.

As per reports, all the gang members have been active for more than 6 months. During this period, they have stolen more than 50 luxury cars.

Police have recovered ten luxury cars, four bullet bikes and an amount of Rs. 75,000 in cash from the possession of the accused.