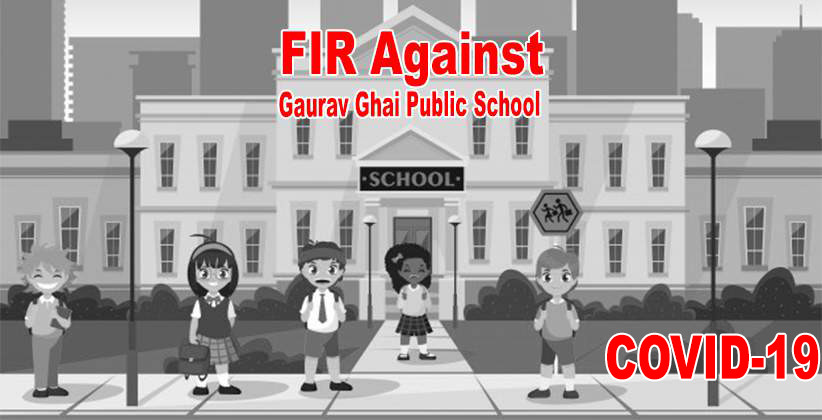 As per regulations of the Punjab Government, all schools, colleges, restaurants and malls shall be shut down but Gaurav Ghai Public School was still open and was functioning normally.

When reporters tried to enter premises of the school, staff of the school misbehaved and tried resisting them. As per news reports, it was observed that despite clear instructions by government to shut down all school, still there are many private schools which are functioning normally and not obeying government instructions. District Education Officer (DEO) Secondary Swaranjeet Kaur too did not pick up calls. DEO Anil Sharma stated, “No school is allowed to conduct classes, and I have compiled a report and forwarded to higher authorities to look into the matter, and will take action.”

However, there are some schools which followed government regulations and also made arrangements for parents to submit schools’ fees online. Like the fee payment schedule for admission to class XI at BCM Arya Model Senior Secondary School, Shastri Nagar, has been revised, and the school has shifted to fee payment through net banking only. The school’s Public Relations Officer Kiran Saini said, “Parents were informed that there was no meeting in the school, and were told to pay the fee through net banking.”