Ghaziabad lawyers go on strike over a brawl with police 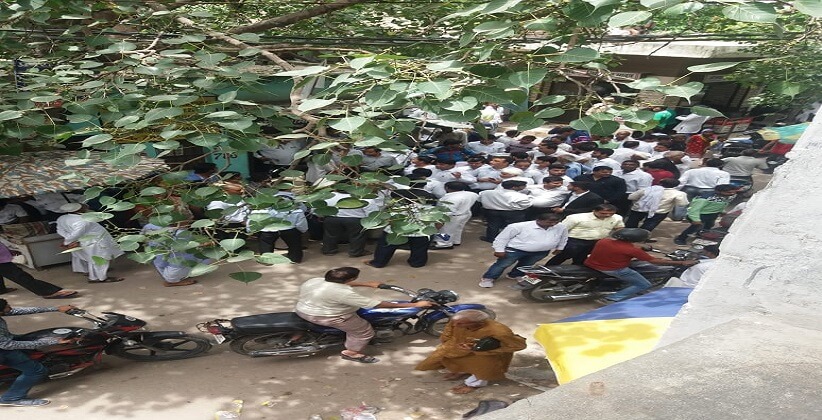 On August 2nd, 2018, lawyers of a Ghaziabad court went on a strike over the alleged beating of their colleague by police at Vijay Nagar police station following an argument between the advocate and an eatery owner.

As per the reports, lawyer Dal Chand Gautam along with two other persons went out to an eatery owned by Anil Mishra and abused his staff due to delay in service. Mishra has alleged that the three persons, including Gautam, thrashed him and he received a head injury.

However, bar sources said Gautam has called the police after an argument broke out with the eatery owner. They alleged that Gautam was taken to the police station where he was detained and thrashed.

On learning about the alleged thrashing of their colleague, the lawyers went on a strike and got into a brawl with police. Which soon turned aggressive when the police allegedly attacked the lawyers and lawyers raised slogans against the Ghaziabad police and SSP.

Reportedly, the lawyers had also thrashed some journalist and broke their cameras. An FIR has been registered in connection with the matter, said Senior Superintendent of Police Vaibhav Krishna. Further, SSP Krishna also said that four policemen have been suspended and an inquiry has been initiated.