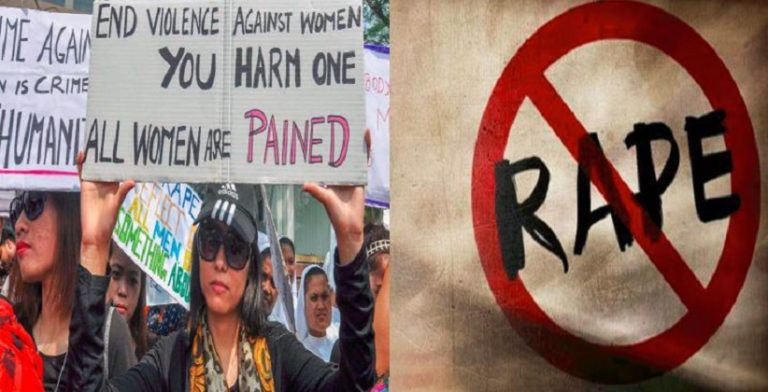 The Delhi Police has filed the chargesheet in the Ghaziabad madrassa rape case mentioning that the 10-year-old victim was drugged and gang raped by the accused persons and thereafter, they destroyed the evidence to save themselves.

The girl was missing from Gharoli of Ghazipur area of East Delhi on April 21, the police then recovered the girl from the Madrassa on the night of 22 April, and on April, 25th 2018 activist in New Delhi of Ghazipur area took out a march and blocked NH 24 near Khoda to demand justice.

Deputy Commissioner of Police Ram Gopal Naik confirmed that the charge sheet had been filed by his team on Tuesday (June 19th, 2018) reveals that the accused lured the minor to an ice-cream parlor, kidnapped her and then took her to the madrassa.

The Accused has been registered under the Section 376D of IPC and Protection of Children from Sexual Offences Act, 2012.

Her Father complained to the police that “She went out to buy something from the shop at 1 pm. Since then she has not come back home. I suspect she was misled and taken away by someone."

Acting on the complaint, the Delhi Police began the investigation. The investigation was initially handled by the local police and accused who has been arrested was first thought to be a juvenile, but his bone ossification report revealed that he is a major.

The kidnapped girl who was captive said in her statement to the magistrate that she had received a call from one of her friends to meet. When she went downstairs, she met her friend’s brother who told her that the friend couldn’t come and that she would have to come along with him to meet her.

When she resisted, the accused threatened her and took her to the madrassa where she was kept captive.