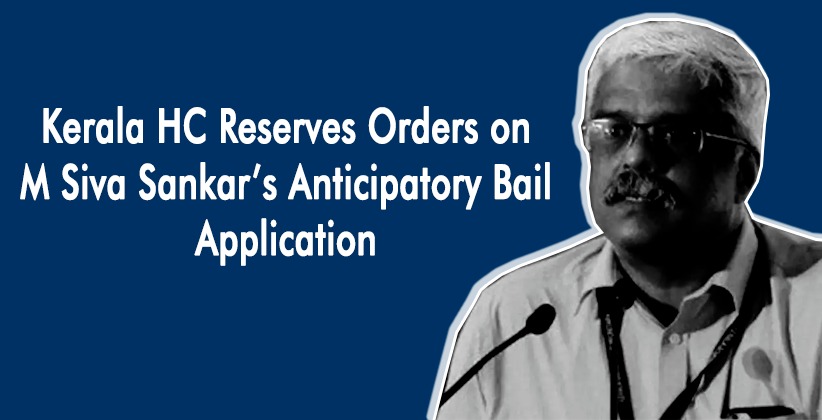 A single-judge bench of Justice Ashok Menon reserved its order and extended the interim protection from arrest till the order is pronounced.

On July 5, 2020, the gold smuggling case came into view after 30 kg of the yellow metal was seized by the customs from a package camouflaged as diplomatic consignment addressed to the UAE consulate.

There was a seizure of 30 kg of 24-carat gold worth ₹14.82 crores at Thiruvananthapuram airport by the Customs (Preventive) Commissionerate, Kochi.

P Sarith Kumar, a former public relations officer of the consulate who came to receive the luggage was arrested by the customs.

The other suspect Swapna Suresh and her accomplice Sandip Nair were arrested from their hideout in Bengaluru five days later.

M Sivasankar chief minister Pinarayi Vijayan’s former secretary was suspended after his links with Suresh came into the picture.

A multi-agency team is probing the case and 30 people have been arrested so far.

There are various reports on smuggling that was going on for more than a year through the UAE consulate and they smuggled at least 400 kg gold in several consignments.

Kerala high education minister K T Jaleel was also questioned in connection with one of the consignments that came in last March.

But the education minister said consignment carried only religious books.

M Sivasankar had filed an anticipation bail petition in connection with this gold smuggling case.

This case is being probed by the Enforcement Directorate and the Customs Department.

Additional Solicitor General SV Raju submitted that Siva Sankar was aware of the activities of Swapna Suresh, the prime accused in the case and he is cooperating with the investigation agencies in the case.

He further highlighted that the Prevention of Money Laundering Act has inherent safeguards to ensure that arrest was made only when it is necessary and if anticipatory bail is granted it will hamper the investigation.

Senior Advocate P Vijayabhanu was the counsel for Siva Sankar said that that anticipatory bail can be granted for any offence, if there is no statutory bar and no reports of the officials have the name of his client regarding this gold smuggling allegation or connection.

Court has for now reserved the orders on the above matter.