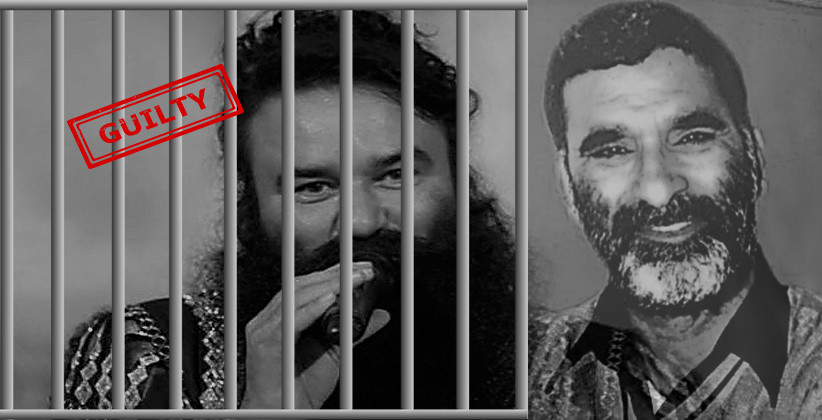 The special CBI court on January 17, 2019, sentenced the Dera Sacha Sauda chief Gurmeet Ram Rahim and three others to life imprisonment for the murder of journalist Ramchander Chhatrapati.

The court also imposed a fine of ₹50,000 each on the accused who appeared through video conferencing when the quantum of sentence was pronounced by the court.

The case pertains to the murder of journalist Ramchander Chhatrapati in the year 2002 after he published an anonymous letter in his evening newspaper ''Poora Sach'' by a female Dera follower who accused Gurmeet Ram Rahim of rape. Chhatrapati was shot five times outside his house. He succumbed to his injuries a few days later.

All the four accused had been convicted under Section 302 and 120B of the Indian Penal Code, 1860. Nirmal Singh and Krishan Lal were also convicted under the Arms Act, 1959.

The CBI lawyers during their arguments had urged the court to award capital punishment to all the accused on the ground that the case falls in the category of rarest of rare cases.

Ram Rahim Singh, who is serving 20-years imprisonment for two counts of rape of female followers appeared before the court through video-conferencing from Sunaria jail in district Rohtak while other three accused appeared from the Ambala jail.

Earlier in 2003 when the police registered the case they did not include the name of Gurmeet Ram Rahim. However, later son of late Ramchander Chattrapati, approached the Punjab and Haryana High Court asking to transfer the case to the CBI. The case was handed over to the CBI in the year 2006 and a chargesheet by the CBI was filed in July 2007.