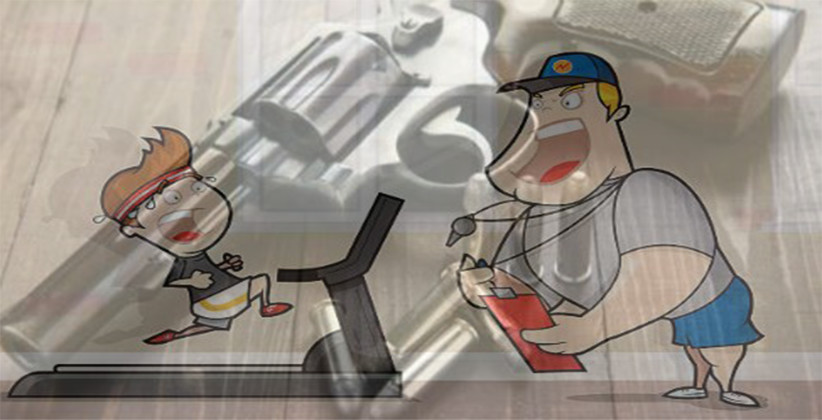 A trainer at a local gym took to committing crimes like car-jacking, robbery and the like at gun point. He was arrested by the south-east district police under police jurisdiction of station Shaheen Bagh. A vehicle was intercepted at a police picket when searched the car was found robbed with a fake number plate on the car Hyundai i10 DL 7SL 8065 he was driving. The police also recovered from him a country made pistol with a live cartridge. The accused has been identified as Mehtab 28 years resident of Zakir Nagar.

'During checking, at about 3 pm, one i-10 car was seen coming from the Kalindi Kunj side and going towards Jamia. On seeing the number plate of the car, the alert police team grew suspicious. Since the number plate of the car read the number as “7SL” whereas a 4 wheeler vehicle does not have registration number with digits “7S” instead 2 wheelers have such type of numbers and cars have numbers in the series of '7C', a senior police officer said.

During sustained interrogation, Mehtab revealed that he worked as a gym trainer with Black Bull Gym at Abul Fazal Enclave.  Earlier, he was arrested in two cases including a case of attempt to murder and robbery. In order to meet his needs, Mehtab used to carry a weapon and committed crimes with his associates Asif and Mannan.

"Lately, he at gun point abducted a man and robbed him of his car and other valuables near Chilla Village under PS Mayur Vihar and dumped him on the flyover loop. He was planning to pass the vehicle onto a receiver in western UP. In order to evade arrest, the accused persons changed the number plate of the robbed i-10 car from original number DL 8C AA 1357 to fake number DL 7SL 8065. But before, they could dispose of the car, Mehtab was arrested by the police," DCP South-east district Chinmoy Biswal said. The case has been registered under relevant sections of Indian Penal Code, 1860, and further investigation is underway.