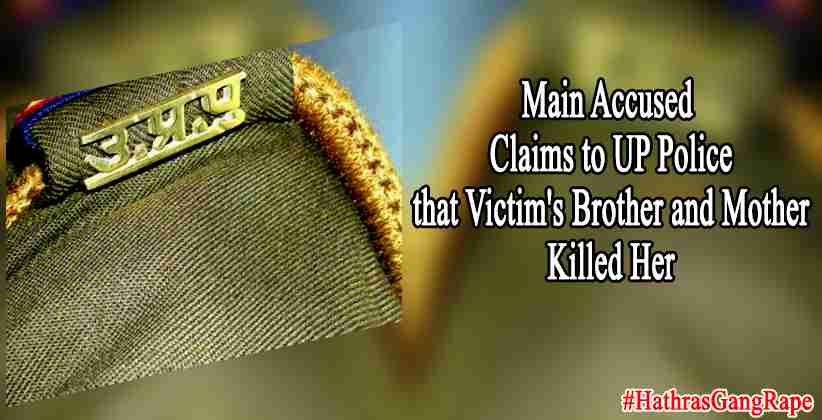 As the brutal Hathras rape case is further investigated, it is found that the four accused in Hathras' alleged gang-rape and murder case have written a letter to the Superintendent of Police claiming that they are innocent and are being framed in a false case. The accused identified as Sandeep, Ramu, Lavkush, and Ravi sent the letter, which bears their thumb impression, to the SP on Wednesday.

The main accused Sandeep has provided details of the incident and claimed that he was not involved in the sexual assault of the 19-year-old girl. Sandeep also mentioned in his letter that he knew the victim and was in touch with her. Sandeep has also claimed in the letter that the victim's mother and brother are responsible for her death and the victim's family was framing him in a false case.

As reported, the victim's brother and main accused Sandeep were friends and they used to talk with each other on phone too.

A call data record was found which showed that the accused Sandeep used to talk with the victim's family on a particular number. It is learned that the number is registered in the name of the victim's brother. The call data record showed that five hours of conversation took place between the two numbers from October 2019 to March 2020. The victim's brother, however, refused to admit that he used to talk to the main accused Sandeep on phone.

Senior police officers said that an investigation by the SIT (Special Investigation Team) was still underway and it would not be feasible for them to comment on the issue. However, they said that the police would conduct a probe on the basis of the CDR (Call Detail Record) soon.

As reported another cop told that during the probe, some of the villagers had also said that those arrested used to keep in touch with the victim's family.

The fact check was done by Zee News and Times of India.