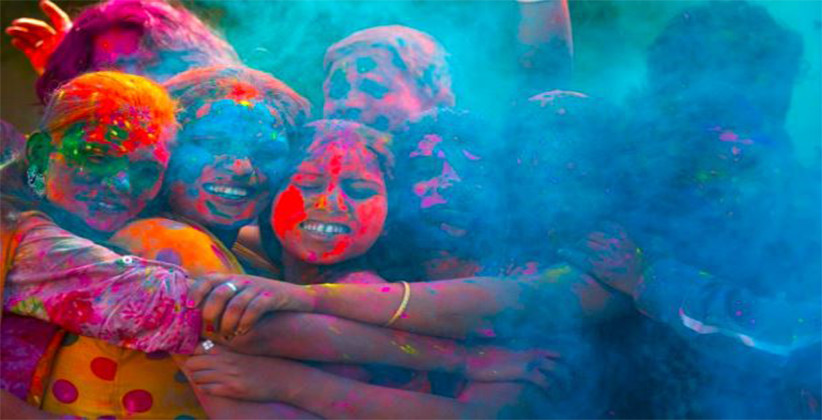 You may face the music that may land you in jail if you burst balloons at someone or play water with one wanting to keep away from the celebration. Keeping in mind certain security aspects related to Holi, the police have geared up to keep a close watch on revellers particularly those who are found under the influence or in an inebriated condition. Extra deployment will be kept at sensitive points and venues.  Delhi police personnel will stay guard outside women's colleges to tackle any eventuality.

The police both in uniform and civvies will keep tabs on those who flout traffic rules and indulge in any violation that may pose a threat to the law. Bike patrolling too will be stepped up.

The Lady Singham Brigade will keep an eye on those who force others into colours and shoot balloons at them, such elements will be taken to task and prosecuted. This brigade more proactive about handling any nuisance on street can be seen patrolling around colleges, more vulnerable spots.

Delhi Police has issued an order that apparently reads if anyone is found to be forcing the festival on those reluctant to play will not be spared.

Colleges, where the security will stay beefed on the day, are Lady Irwin, Jesus and Mary College, Vivekanand Mahila College, Lady Harding College, and also on both North and South campuses.

Women's hostels of colleges like Miranda, Daulat Ram, LSR will have more visibility in khaki.

Sections 144 of the Code of Criminal Procedure, 1973, will remain enforced that ensures security.

More importantly, a balloon seller, if found to be selling balloons more than 2 inches in size, will be prosecuted. This is going to stay in force between March 14 and 23. The city police appeal to maintain peace, harmony and brotherhood.