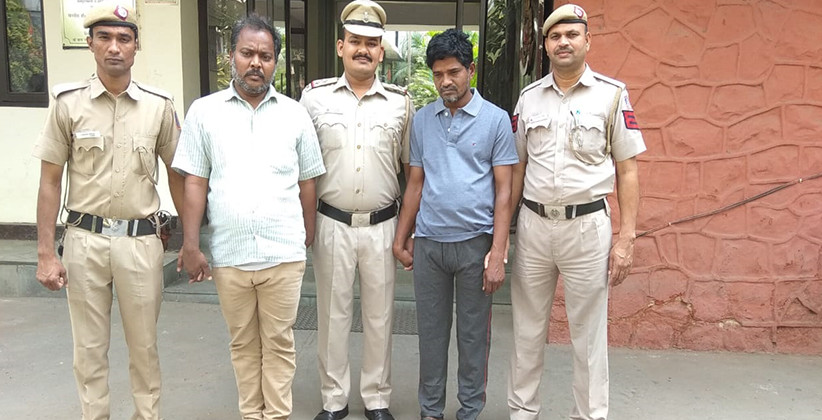 The police arrested two men involved in bootlegging, recovered from them 413 cartons of liquor. A source said they were, in fact, looking to sell this booze on 'Dry Days' (17 & 19 April Mahavir Jayanti and Good Friday respectively). Cracking down on bootleggers and liquor suppliers in the district, the police in no time swung into action as soon as the information in this regard travelled to the police station.

The PS Lajpat Nagar acted on a tip-off and arrested two bootleggers identified as Shaktivel 42 years and Annadarai 45 years.

The staff carried out a raid on Madrasi Camp, Jal Vihar, Lajpat Nagar. When the police team reached near the abandoned railway quaters near railway line, 4 persons were found carrying sacks on their backs and going towards Madrasi Camp. They started running soon after they saw the police party coming towards them. The cops overpowered two of them whereas the remaining two fled the scene.

They the native of Tamil Nadu had been living in Delhi for many years. The greed of making quick money pushed them into bootlegging. Accused Annadarai was previously arrested in the cases of Excise Act. The two accused Rama Murthy and Degraj are still at large.