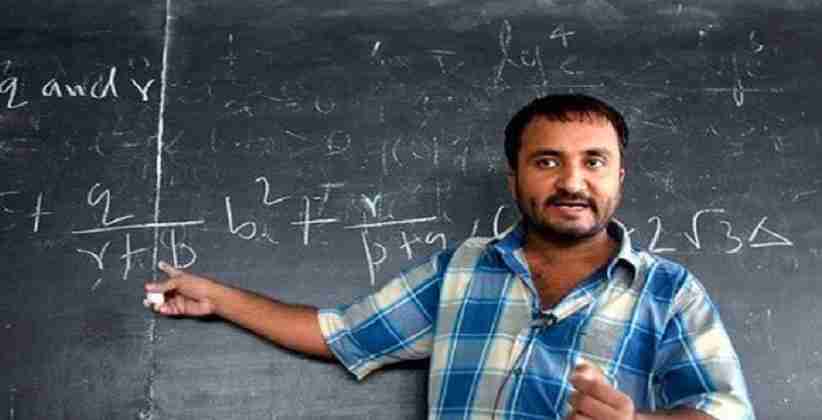 Founder of coaching institute ‘Super 30’ Mr. Anand Kumar seemed to be stuck in a controversy after four IIT- Guwahati students filed a Public Interest Litigation (PIL) against Mr. Kumar in the Guwahati High Court claiming that he is a ‘fraud’.

Following the allegation, the Guwahati High Court issued a notice to Mr. Kumar and directed him to reply to the PIL filed by the students.

Senior counsel Ashok Saraf who appeared on behalf of the four IIT-Guwahati students, submitted before the court that, "because of the wrong projection given by Anand Kumar each year a large number of students from the Northeast and other parts of the country approach him with full faith and hope that Anand Kumar, who seems to be an IIT Baba, will help them in qualifying the IIT entrance exam."

"But after reaching there, Anand Kumar makes the students take admission in his coaching institute, namely Ramanujam School of Mathematics, by charging Rs. 33,000 per student in the name of teaching them," Ashok Saraf added.

Meanwhile, the advocate-on-record for the petitioners, Amit Goyal said that it is mentioned in the PIL that “most of the time, Anand Kumar travels to different places in the country and outside India. He does not devote sufficient time to the IIT aspirants who took admission in Ramanujam School of Mathematics”.

Further, Goyal added that an inquiry revealed that Mr. Kumar is not running any classes after 2008. He said, “whenever IIT entrance exam results are announced, Kumar appears before the media with some students of the Ramanujam School of Mathematics and other students claiming that they are Super 30 students and have qualified in the IIT entrance exam.”

Moreover, Goyal also alleged that false information has been uploaded by Wikipedia on its website about Super 30 and the same is also published by a national newspaper which is readily available on the social media.

This is not the first time that allegations were made against Super 30, earlier in July this year, a PIL was filed in Patna High Court seeking a CBI probe into the running of Mr. Kumar’s coaching institute.

As per reports, Super 30 which was founded in the year 2002 in Patna selects 30 meritorious students each year from economically backward sections of society and provides them free coaching for the IIT entrance examination.