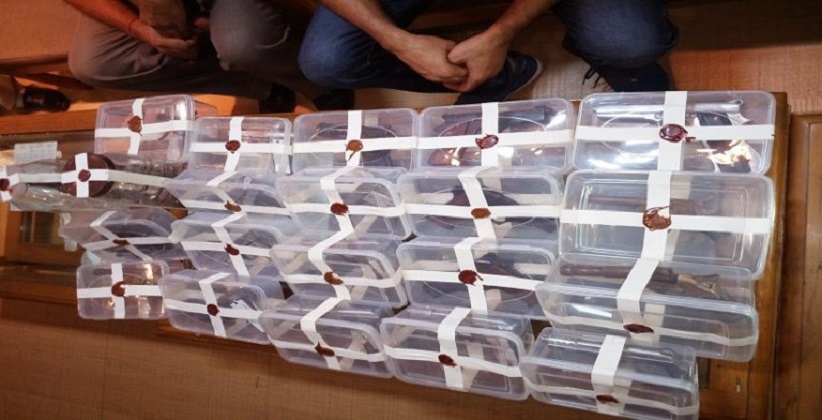 Crimes in India are relentlessly increasing, one of the common factors behind these crimes is the easy access to illegal arms and weapons being sold by small-scale manufacturers majorly belonging to rural areas and adjacent cities.

Crime Branch of Delhi arrested a wanted criminal from Sendhwa in Madhya Pradesh along with one of his associate in which they recovered 20 weapons from their possession.  Singh is the main kingpin who was manufacturing illegal arms within remote areas of Madhya Pradesh. After the police came to the knowledge of the same, multiple teams were sent to Madhya Pradesh to catch him. He was evading the arrest since past eight months.

It has been found that he is an inter-state manufacturer and supplier of arms, dealing in Rajasthan, Madhya Pradesh, Karnataka, UP, Delhi, etc. All the seized weapons are multiple ground capacity weapons including lethal and replica of the original ones.

illegal arms and weapons being sold by small-scale manufacturers[/caption]

During the interrogation, he revealed that this is their family business, which they are conducting since last 22 years.

Further, it was also discovered that manufacturing of each weapon cost him around ₹1000 which he sells at ₹10,000 to ₹15,000 and takes a week time in making one single piece.

Crime Branch is investigating further to arrest other possible members associated with him.

As per section 5 and 25 of the Arms Act, 1959, no person is permitted to manufacture, sell, transfer, convert or repair any ammunition without a valid licence and if that person does so he will be punishable with imprisonment for a term which shall not be less than three years but which may extend to seven years and shall also be liable to fine.