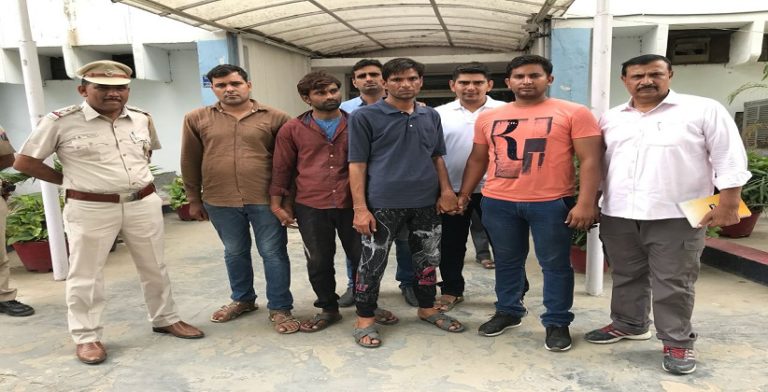 Every action is worthy if taken at the right time. Proving this statement, Delhi Police gifted a precious and memorable gift to a family on Eid. On June 12, a 12-year-old named Bharat was kidnapped from Swarup Nagar, Delhi.

The kidnapping information was given to the Swarup Nagar police station at night. Thereafter, top officials got involved in the investigation after seeing the seriousness of the case.

Police started the probe with scavenging CCTV first, after seeing all the CCTV footages in the area, the police suspicion turned around on a UP number car. Further investigation revealed that the owner of the car is one Shivkumar, who lived in Agra's Fatehabad.

Police traced and reached Fatehabad and inquired with Shivkumar after taking him into custody. During the investigation, police came to know that Shivkumar is a brother of Brij Mohan's (father of the Kidnapped child) distant relation and he planned to kidnap Bharat in which another man named Narender was also involved.

Reportedly on June 12 at around 3 pm, Bharat came to the market to bring something when Narender sent by Shivakumar went to Bharat. Narender fabricated a story and told the boy that he knows his father who has a factory in Libaspur and lured him towards his car and then took the boy with him.

Shiv Kumar had a loan of 30 lakhs due to which he planned to kidnap Bharat. Later he decided to kill the child and would demand a ransom from his father because being his uncle the child already recognized him.

Police showed alertness due to which they reached the accused before he could leave for Jaipur where he would kill the child reportedly. In three days Delhi police cracked the case and rescued the child safely.

The accused will be charged under section 363 of the Indian Penal Code - Punishment for Kidnapping, which provides punishment of imprisonment of either description for a term which may extend to seven years, and shall also be liable to fine.