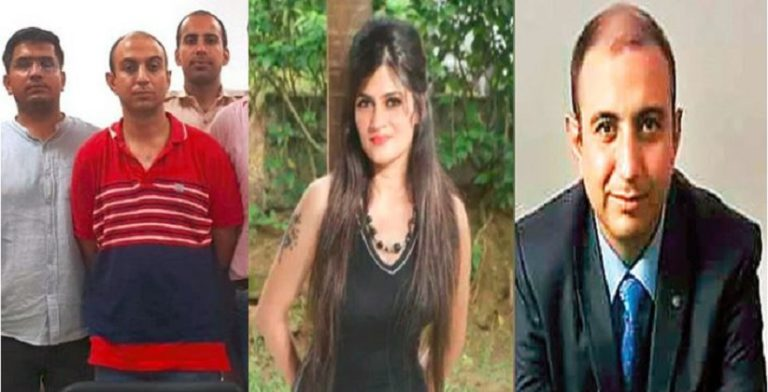 An Indian Army Major was arrested by Delhi Police on Sunday (June 24th, 2018) for killing the wife of a fellow officer. The 35-year-old woman was found dead on Saturday with her throat slit on the street in the Delhi Cantonment area.

DCP (West) Vijay Kumar said the accused, identified as Major Nikhil Rai Handa, was detained in Meerut by a team of the Delhi Police. He was brought to Delhi and formally arrested. The accused Army officer is currently posted in Nagaland’s Dimapur district.

Major Handa and Shailza Dwivedi, wife of Major Amit Dwivedi, met about three years ago in Nagaland, where both the officers were working together, the police said. Ms. Dwivedi then moved to Delhi after her husband was transferred.

DCP (West) Vijay Kumar said “The accused said he was obsessed with the victim and wanted to marry her, but she was not ready to do it. They got to know each other when the victim's husband and the accused were posted together in Dimapur four years ago.”

“The accused has been booked under IPC Section 302 [murder]. We have recovered a Swiss knife and a big kitchen knife from his car that he had used in the murder. The post-mortem report revealed that the victim had a single deep cut on her neck and that the body was run over by the car repeatedly.”

Ms. Shailza Dwivedi had left home on Saturday (June 23rd, 2018) morning for a physiotherapy session at the Army Base Hospital in Delhi Cantonment, the police said.

An official vehicle assigned to her husband had dropped her outside the hospital. When the driver went to pick her up, he was told that she had not turned up for the session on Saturday, the police said. Half-an-hour later, she was found dead.

The police said they had got a call from passers-by about a body on the road. It appeared that she had been run over by a car, but when the police examined the body, they found her throat was slit.

Joint commissioner of police said “We are questioning Handa to ascertain what exactly triggered him to kill Shailza. He will also be quizzed to know if he had planned the crime in advance.”

Ms. Shailza Dwivedi’s body has been handed over to her family members after autopsy at the Deen Dayal Upadhyay hospital. The family left for Amritsar with the body on Sunday evening.

Section 302 of the Indian Penal Code, 1860 under which the accused has been booked prescribes only two punishments, i.e. death or imprisonment for life.