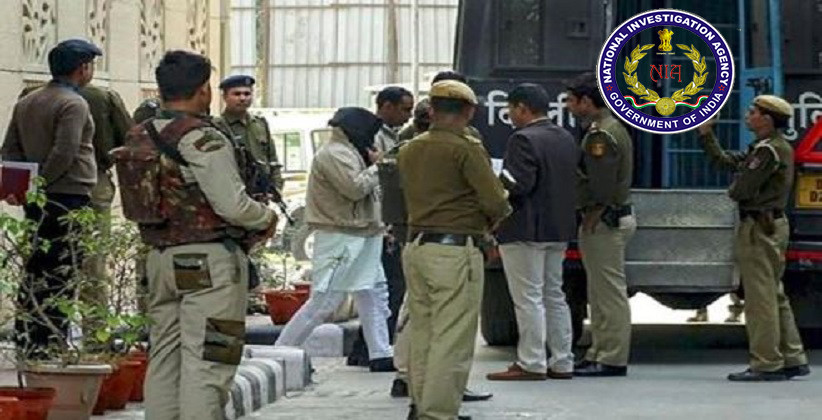 A Delhi court on December 27, 2018, allowed 12-day custodial interrogation of 10 people arrested a day before by National Investigation Agency (NIA) on the suspicion of being members of an ISIS-inspired group who were allegedly planning suicide attacks and serial blasts, targeting politicians and also government installations, in Delhi and other parts of north India.

The 10 accused, were produced amidst tight security before Additional Sessions Judge Ajay Pandey who carried out in-camera proceedings in the case.

The accused were arrested from various parts of the national capital and Uttar Pradesh after searches carried out by NIA, in coordination with Special cell of Delhi Police and Anti-Terrorism Squad of Uttar Pradesh Police, at six places in Jafrabad, Seelampur in Delhi, and 11 places in Uttar Pradesh -- six in Amroha, two in Lucknow, two in Hapur and two in Meerut.

According to NIA, a locally-made rocket launcher, material for suicide vests and 112 alarm clocks to be used as timers were recovered from the searches. Moreover, the agency also recovered 25 kg of explosive material, steel containers, electric wires, 91 mobile phones, 134 SIM cards, 3 laptops, knife, sword, ISIS-related literature during the searches.

The group allegedly had also purchased remote control cars and wireless doorbells to use their circuits in assembling remote controlled improvised explosive devices.

The probe agency had initially rounded up 16 persons of the group 'Harkat ul Harb e Islam', which loosely translates into war for the cause of Islam.

Those arrested include the alleged mastermind, 29-year-old Suhail, a 'mufti' from Amroha in western Uttar Pradesh, an engineering student in a private university in Noida and a third year graduation student in humanities in a university in Delhi as well as two welders, NIA had said on December 26, 2018.

After their custodial interrogation, all the accused will be produced before the court on January 8, 2019.