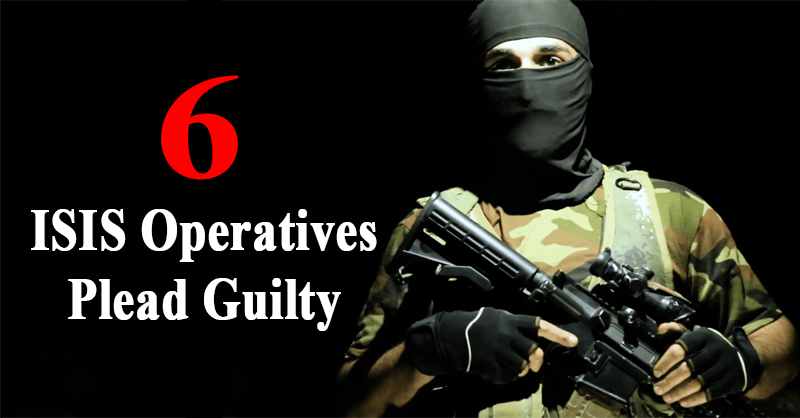 On Tuesday (September 1, 2020) , six accused in a terror case pleaded guilty before Delhi court for being a part of ISIS operatives and a criminal conspiracy hatched by the Islamic terror outfit to establish its base in India by recruiting Muslim youth through different social media platforms to carry out acts of terrorism in the country. Advocate Qausar Khan of the six accused- Abu Anas, Mufti Abdul Sami Qasmi, Suhail Ahamed, Nafees Khan, Mohd Afzal, and Odedullah Khan- said that they moved the applications before the court, which is likely to take up the matter on Wednesday.

The accused told the court while being guilty that they were ‘remorseful to the acts alleged against them’ and undertook not to indulge in similar acts and activities in the future. Advocate Khan further told the court that the accused wanted to rehabilitate themselves and return to the mainstream.

The plea read that the accused conduct in jail is satisfactory and there is nothing adverse against them. The accused pleaded guilty voluntarily without any pressure, coercion, threat inducement, or undue influence and that they understand the consequences. On December 9, 2015, a case was registered by the National Investigation Agency under relevant sections of the Indian Penal Code and the UA(P) Act pertaining to the larger criminal conspiracy hatched by the terror organization to re-establish its base in India. In 2016-2017, the NIA had filed charge sheets against all the accused. After the six accused pleaded guilty on August 6, the court had convicted them under section 120B which is a criminal conspiracy of the IPC and various other sections of the more stringent Unlawful Activities Act and Explosive Substances Act, 1952.