ISKCON files complaint against Comedian Surleen Kaur for Use of Inappropriate words; Refuses Shemaroo’s Apology in the Matter 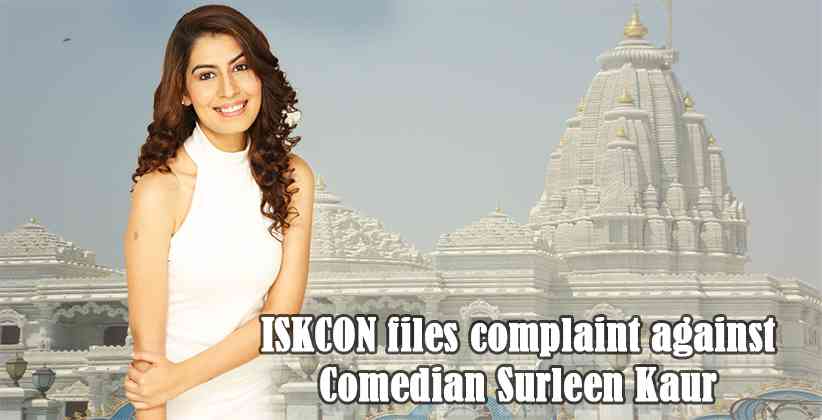 A police complaint was lodged by ISKCON against stand-up comedian Surleen Kaur and Shemaroo Entertainment Ltd for ‘using inappropriate words for ISKCON, for our rishis, and Hindus.’

In a recent Tweet, Shemaroo Entertainment Ltd declared, “Further to our unconditional apology to ISKCON community for the comments made by Ms. Surleen Kaur, we have decided to disassociate ourselves from any further involvement with Ms. Surleen Kaur and Mr. Balraj Syal as they failed to meet our standards of public decency.”

Following this, it released another statement adding, “All the good work, especially the spiritual and social service, that ISKCON has done over the years to benefit countless people across India and elsewhere, including its contributions of feeding 5 crore meals during the COVID lockdown.”

Refusing the apology, Radharamn Das, Vice President and Spokesperson ISKCON said that is has become a trend to demean Sanatan Dharma. He further tweeted, “No more, we will make an example out of this nonsense. Enough is enough.”

Similarly, in a letter by Das, he said, “Where Hinduism/ Sanatan Dharma and our Rishi-Munis, Deities, etc. are being constantly abused by a group of people and organizations.

He lastly commented, “Misusing the tolerant nature of the followers of Sanatan Dharma and their abuses and language and volume of abuse has only grown louder day by day.”