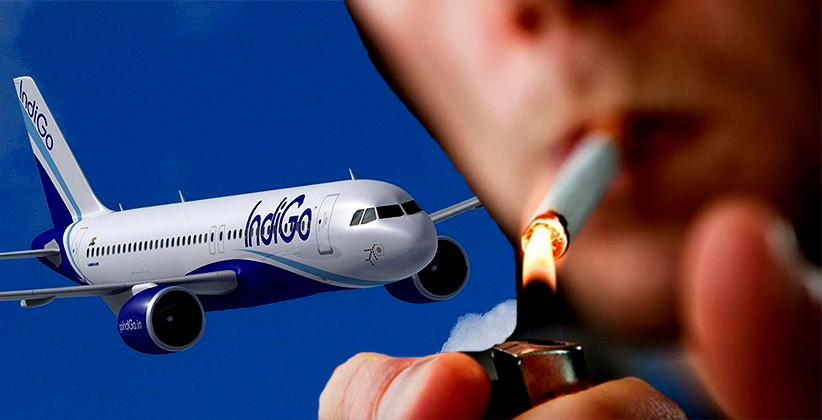 A man from Jharkhand has been arrested for allegedly smoking in the lavatory of an IndiGo Airlines flight (6E 485).

The man identified as Deepak Kumar Sharma who was aboard the Ranchi-bound flight on July 19, 2019, is facing up to 3 months jail or Rs one lakh fine for the offence.

According to the police, the incident came to light when the smoke alarm inside the Airbus 320 aircraft which landed in Ranchi at around 2.30 pm went off, as per a report by the Hindustan Times. Sharma could possibly have to pay a penalty of up to Rs 1 lakh or spend up to three months in jail for putting the aircraft at risk, says the report.

Reportedly, Sharma was first detained by the Central Industrial Security Force (CISF), which is responsible for airport security. He was then taken to the airport police station where he was booked with relevant sections for smoking inside the aircraft, Senior Superintendent of Police, Patna, Garima Mallik told Hindustan Times.

However, while Sharma has not been charged with the non-bailable section for the offence, it is still being considered whether he should be. Senior police officials are considering the matter, reports say.

The incident has also put a question mark on the airport security arrangement wherein the accused passenger should not have been able to pass through with a matchbox or a cigarette lighter.