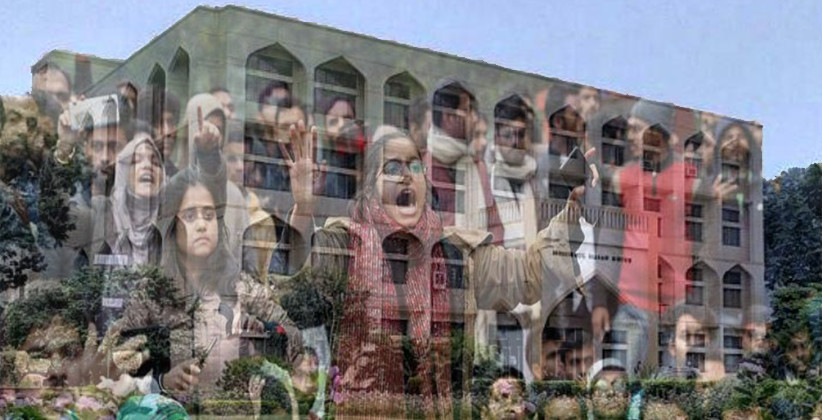 The Jamia Milia Islamia University on Thursday, January 2, 2020 refused to hand over the CCTV footage of its students to the police for investigation. If there’s one story that has drawn attention and spread in the nation like wild fire while simultaneously uniting the country- it’s the protests against the Citizenship Amendment Act (CAA), 2019.

The main aim to attain the camera footage is to be able to recognize miscreants and take action accordingly which has been constantly refuted by the administration. Jamia Millia Islamia has accused the police of bulldozing against ones will to enter the college premise and taking matters in hand. The protests reached new levels of ferocity. Staff from the Delhi police state that there seems to be a probability that the footage has been obliterated in which case charges of destruction of evidence shall be brought in against the staff and the administration

Amongst many others, students of Jamia Millia Islamia University in New Delhi have garnered together and staged protests against the bigot CAA introduced by the government. The students were found to pelt stones making the protests violent causing scuffles and the police using tear gas to tone down the violence and detaining these students. It is a constant state of turmoil and dissent.

Students from institutions across the nation have come out in support of the manhandling of their fellow counterparts by the Delhi police from Jamia Millia Islamia. The situation is critical to say the least. The students and the staff from the university were lashed out at and were beaten mercilessly by the police for conducting violent protests.

Upon the brutal insinuation during the CAA protests at the JMI university, the Delhi police requested for the CCTV camera footage of the student and staff footprint from the university administration. Since day one of the protests, the university and the police have been foes over the issue of giving the footage.

A plea on conveying the footage will be called on in later as the university has solicited for a strict judicial probe in the situation.