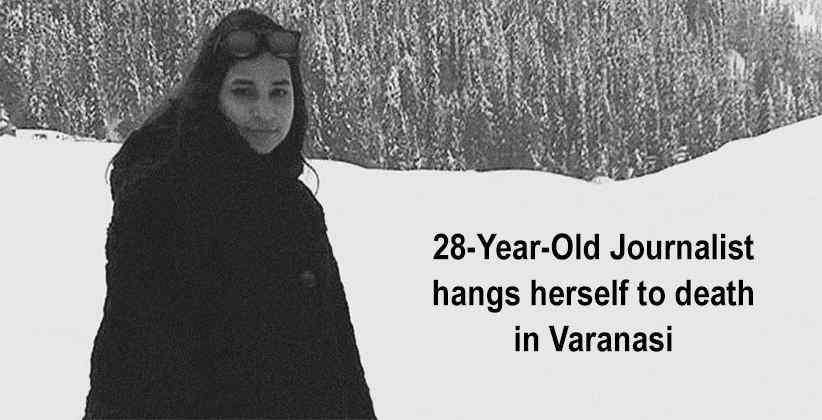 A freelance journalist - Rizwana Tabassum of twenty-eight years old committed suicide by hanging herself on 5th May 2020 in Harpalpurdistrict of Varanasi, Uttar Pradesh.

Remembered as a great daughter and journalist, she had completed Mass Communication from Banaras Hindu University’s Rajiv Gandhi Campus, Barkachha, and had served as a noted journalist for several portals and publications including The Wire, Print, Quint, and BBC Hindi among others.

According to the reports, Tabassum did not come out of her room for hours, despite her family repeatedly knocking at the door. Nervous, her father contacted the police and narrated the incident to them.

On receiving the complaint, the police broke open the door of her room and found her hanging from the ceiling fan. They also found a suicide note wherein Tabassum had had blamed Shamim Nomani- a local youth volunteer of the Samajwadi Party is for her suicide.

As reported by PRO- Sanjay Tripathi., her body was thereafter taken for postmortem and she was confirmed to have died from hanging herself to the ceiling fan,

It was alleged that Tabassum was romantically associated with Shamim and that the two had shared a friendship for a long time. But no one was aware of what led to their sudden fall-out.

Commenting on the allegation, her father said, “She never told about anything nor did she have any enmity with anyone. She was a good daughter as well as a good journalist”.

He also stated that based on what he found in the note, he had lodged on FIR against Shamim Nomani.

According to Varanasi Sardar CO (Circular Office) - Abhishek Pandey, a case against Lohta resident Shamim Nomani had been filed on the charge of abetment to suicide under Section 306 of The Indian Penal Code (abetment of suicide). Pandey also confirmed that Nomani was taken into custody for interrogation.

Soon afterward, (Superintendent of Police) SSP’s PRO Sanjay Tripathi in a statement to IANS on Tuesday (May 5th, 2020) said that Shamim Nomani had been formally arrested after being detained and interrogated on Monday night (May 4th, 2020)

Rizwana Tabassum was the second youngest among five siblings. Her friends and family are said to be shocked by her sudden death.