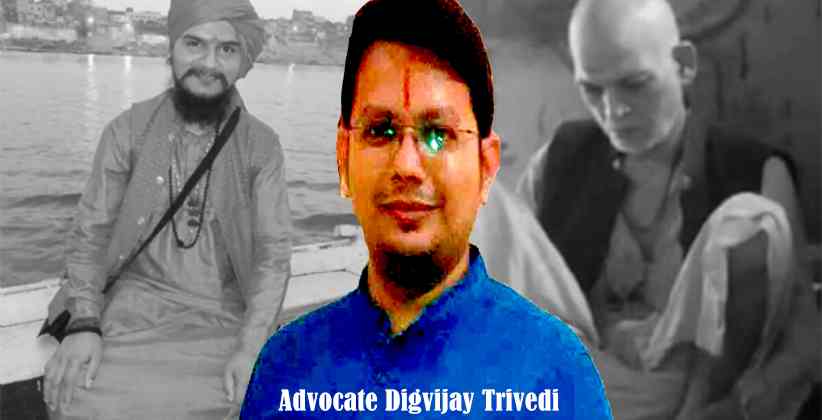 Advocate Digvijay Trivedi, who was part of the legal team on the case which involved deceased Sadhus in the Palghar lynching and was junior to the lawyer representing the case, passed away due to a road accident on 13th May 2020.

The accident had happened when the deceased, Advocate Digvijay Trivedi was on his way to the Court of Dahanu to accompany Advocate P N Ojha, who is the lawyer representing the Sadhus killed in the Palghar mob lynching event, in his official capacity.

Digvijay Trivedi was driving the car, on his way to the Dahanu Court, and there was also a woman with him, according to reports. He lost control of the vehicle and collided into the divider at around 10.30 am traveling on the Mumbai-Ahmedabad national highway. Advocate Trivedi succumbed to his injuries on the spot, while the woman who was with him in the vehicle was affected with serious injuries. She has since been admitted under emergency to a hospital.

Bharatiya Janata Party (BJP) leader Sambit Patra had some doubts on the manner in which the death of Advocate Trivedi had happened and mentioned, "VHP's lawyer in the Palghar mob lynching case, Digvijay Trivedi, died in a road accident. This news is disturbing. Is it a mere coincidence that those who raised the Palghar case were either attacked by Congress workers or got FIRs registered against them? Well, this is a matter of investigation!"

But, Advocate P N Ojha cleared his doubts and said that the late advocate was not involved in either VHP or BJP and also mentioned that an inspection report from the Road Transport Office would give a clear picture and some clarity as to what the exact cause was behind Advocate Trivedi's car accident on 13th May 2020.

"I cannot say anything regarding the accident, whether there was any foul play or not. He was a junior lawyer and wanted to learn. So, I had allowed him to join me in this case. We will have to wait for the inspection report from the RTO to know the exact cause of the accident. There was no one present at the spot when the accident happened so the RTO inspection report can give a clear idea on what actually happened," said P N Ojha.

On April 16, 2020, a group of villagers in the Palghar district of Maharashtra hauled out two Sadhus, three men, and their driver, out of their vehicle and started beating them until the blow turned lethal. This was done as they suspected that they were thieves. The Palghar incident took place during the lockdown throughout the country that was started on 23rd March due to the global pandemic. The nationwide lockdown is currently in its 3rd phase, with the fourth phase set to begin on 18th May 2020 as per the Prime Minister of India, Narendra Modi.