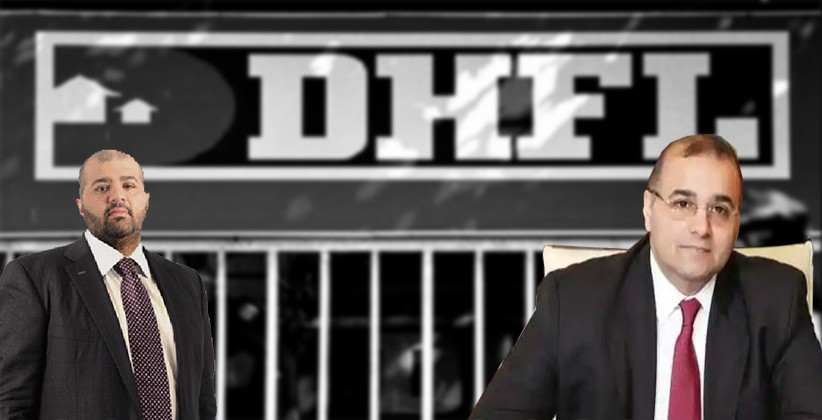 A special court extended the CBI Custody of Dewan Housing Finance Corporation Limited (DHFL)Promoter Kapil Wadhawan and his brother, Promoter of the RKW Developers Dheeraj Wadhawan who were accused in a corruption case against the Former Yes Bank CEO Rana Kapoor until the 8th May 2020, per officials.

The court had earlier ordered for the Wadhawan brothers to be taken into custody until 1st May 2020 for investigating in the case.

The brothers were arrested on 26th April 2020 from Mahabaleshwar, which is a hill station just outside Mumbai. They were nabbed 50 days after being booked in a Multi-Crore rupee scam which also involved Mr. Kapoor, former Yes Bank CEO and Co-Founder.

The agency sought extension of their remand on 1st May 2020 and the same was granted by the court as per the officials.

"Kapil and Dheeraj Wadhawan were absconding since the beginning of the investigation and had evaded joining it," Central Bureau of Investigation (CBI) Spokesperson RK Gaur had said after their arrest.

The agency has claimed that between the tenure of April 2018 and June 2018, Yes Bank invested approximately Rs. 3,700 crores in DHFL in the form of ‘short-term debentures’ and Kapil Wadhawan allegedly paid a ‘kickback’ of Rs. 600 crores to “Kapoor and his family members in the garb of a builder loan by DHFL to DUVPL, a wholly-owned subsidiary of RAB Enterprises (India).”

An official at the agency said that “the loan of Rs 600 crore was given against substandard property, having a meagre value of around Rs 40 crore, and by considering further conversion from agriculture land to residential land... An inflated value of Rs 735 crore was shown.”

The Central Bureau of Investigation also widened its probe into the scam and sought investigations against Former Life Insurance Corp. Chairman GP Kohli, an Independent Director at the concerned shadow bank DHFL.

While the officials at CBI are investigating the Wadhawan Brothers for Criminal Conspiracy and Fraud caused to the private lender, authorities at Enforcement Directorate (ED) are probing them for alleged Money Laundering.

The brothers are alleged to have floated more than 100 shell companies to ‘roll over the funds’ taken from Yes Bank, as per a source.

“The accused have not revealed the real purpose of forming several shell companies and rolling of the funds,” the CBI argued before a special court on Wednesday.

Kohli has come under the scanner for the sanction of loans to related parties.

“Kohli was aware of these shell companies and the loan which was given by DHFL to DOIT Urban Ventures (India) Pvt Ltd (DUVPL), the company in which Kapoor’s daughters are directors,” said a person aware of the developments.

Hence, the agency has sought to probe the former DHFL director.

“The accused have not revealed the role of the other director GP Kohli (ex-chairman of LIC of India) in sanctioning of the loan of Rs 600 crore to DUVPL,” the CBI told the court.

The Wadhawan’s’ legal team argued that further custody of the accused was not required, but the court ruled otherwise.