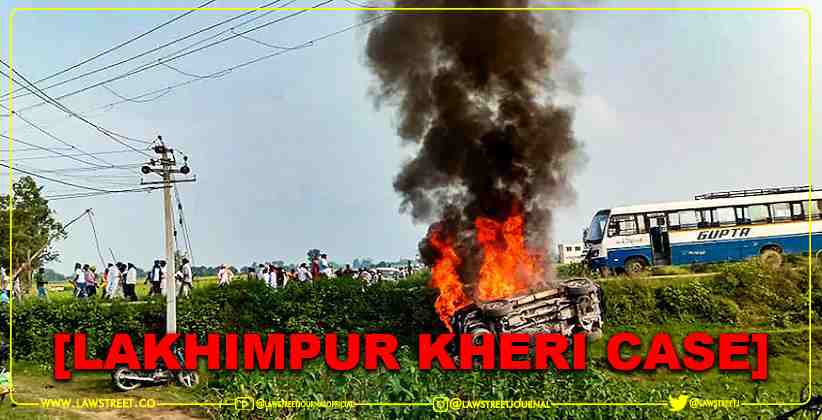 The killing of farmers in Lakhimpur Kheri in October was not an act of "negligence" but a "well-planned scheme", the special investigation team formed to probe the incident has submitted before a local court, spelling more trouble for Ashish Mishra, the son of Union minister Ajay Mishra 'Teni', who, along with 12 others have been accused of murdering farmers, triggering a fresh political uproar.

Chief investigator Vidyaram Diwakar has asked the chief judicial magistrate of the district to replace the charges reflecting negligence, with charges that show that the act was done intentionally, and also carry a higher term of imprisonment and more stringent punishment. The Chief Judicial Magistrate has accordingly accepted the SIT's plea to make the necessary changes.

Four protesting farmers were mowed down by a car, allegedly at the behest of Ashish Mishra in October this year, causing massive outrage among farmers and the opposition. This had also led to farmers allegedly lynching two BJP leaders and the driver of the vehicle, which led to their death.

"The investigation so far, along with the evidence compiled, has proved that the accused carried out the crime not out of negligence or ignorance but well knowingly, according to a well-planned scheme that led to the death of five persons and many others getting injured gravely," Diwakar has stated in his letter.

He said section 279 (rash driving or riding on a public way), section 338 (causing grievous hurt by doing any act rashly or negligently) and section 304 A of the IPC (causing death by negligence) do not thus apply. Instead, charges under Section 307 (attempt to murder), Section 326 (voluntarily causing grievous hurt), Section 34 (acts done by several persons in furtherance of common intention) and 3/25/30 of the Arms Act were applicable to the case which is why charges reflecting negligence were deleted and fresh charges should be added to the warrant. The charge of murder (section 302) had been slapped only in the original complaint.

The development has caused fresh political outrage, especially by Congress leaders Rahul and Priyanka Gandhi. In a post on Twitter, MP Rahul Gandhi, in a statement to PM Narendra Modi who is on a two-day tour of Varanasi, said, "Since you do politics of religion, you must also make religion your politics -- if you have gone to UP, you must meet the families of the murdered farmers. To not dismiss your minister is not only injustice, but iniquity." Gandhi has asked the PM to "apologise again".

Congress general secretary in charge of UP Priyanka Gandhi said that since the SIT has itself declared that the crime was intentional, there should be a probe into the role of Ajay Mishra. It should be probed why the governments of both PM Narendra Modi and CM Yogi Adityanath have chosen to protect the minister so far. Gandhi reiterated her demand for Teni's dismissal.