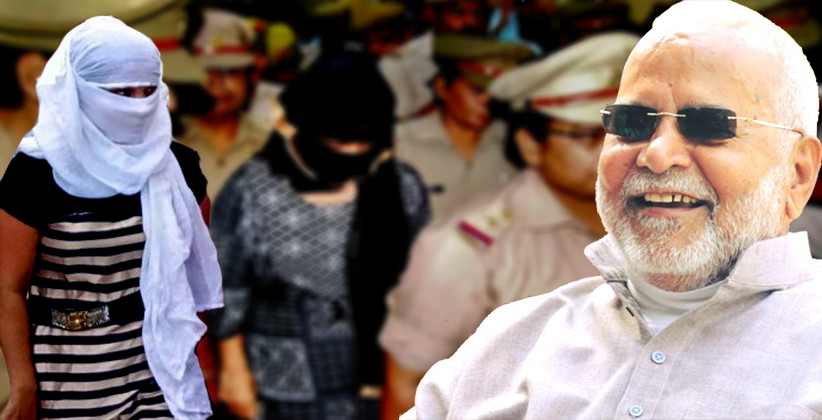 The Shahjahanpur law student, who has accused Former Union Minister and BJP leader Swami Chinmayanand of sexual harassment and rape, has been arrested today (September 25, 2019) by the Special Investigation Team (SIT) on the charges of extortion and blackmailing.

The SIT had booked her and her three friends on a complaint made by Chinmayanand that they had demanded Rs. 5 crore from him and threatened him with the release of objectionable videos. The 23-year-old woman has been sent to 14-days judicial custody by the Chief Judicial Magistrate.

The arrest has been made a day after the sessions court at Shahjahanpur admitted her interim bail application. The Additional District Judge had directed then to summon all records related to the case on September 26, 2019.

Reportedly, the woman was questioned on September 24, 2019, by the SIT set up by the Uttar Pradesh police under the directions of the Supreme Court Bench comprising of Justices R. Banumathi and A. S. Bopanna.

While the woman was forcefully arrested today from her home, the other three identified as Sanjay Singh, Sachin Sengar and Vikram alias Durgesh were arrested earlier.

Earlier, the girl had approached the Allahabad High Court which refused to stay her arrest and directed her to approach a competent court. The Bench stated that it was confined to monitor the SIT probe only and "If the victim wants any relief in this regard, she may file a fresh petition before an appropriate Bench". The court then accepted the SIT's report for the investigation conducted so far, and asked it to submit the next report on October 22, 2019.

In connection to the rape allegations, Chinmayanand was arrested on September 20, 2019, and was sent to 14 days' judicial custody. Thereafter, he filed a bail application in the court of Chief Judicial Magistrate at Shahjahanpur, which was rejected on September 23, 2019.

With the arrest of the rape victim, the case has now taken an unexpected turn. Pondering on the matter, the woman allegedly threatened the BJP leader with the release of objectionable videos. Later, Chinmayanand filed a complaint against the woman on the charges of extortion and blackmailing. Given the facts, it could be said that there might be some truth in the allegations of rape levelled by the woman against Chinmayanand. However, who is the victim and who is the offender? That is upon the court to decide.

Father's Self Acquired Property Bequeathed Or Gifted To Son Retains Its Character Unless The Deed Intends Otherwise: SC [Read Judgment]

RBI Imposes Restrictions On PMC Bank For 6 Months; Only Rs 1,000 Per Account Can Be Withdrawn