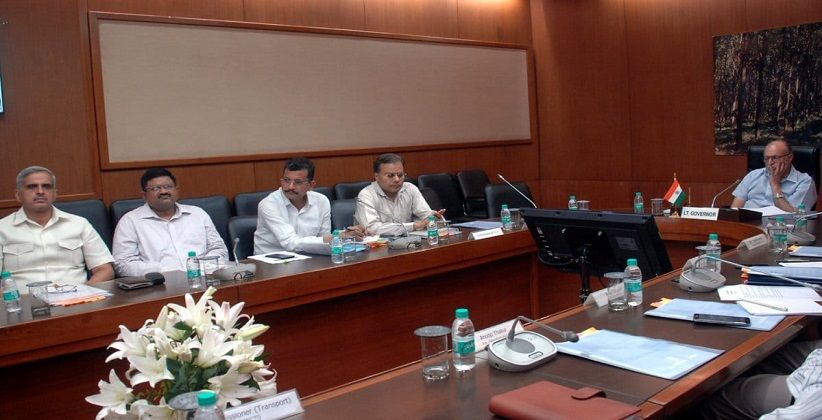 Delhi Police informed LG about the general crime graph in the city. It was apprised that there has been a decline in heinous crimes vis-à-vis last year by 7.08% (dacoity by 60.87%, snatching by 28.90%, robbery by 13.58%, attempt to murder by 11.99%),  decline in crime against women (Molestation of women by 2.08% and Kid/Abduction by 0.84%), increase in arrest by 5.87%, increase in detection rate by 1.89%, 67 criminals carrying reward have been arrested and there is also sharp increase in recovery of narcotics, firearms, Fake Indian Currency Note (FICN) and illicit liquor.

Baijal was also informed about the steps taken regarding women’s safety initiatives. Further, it was informed that 749 vans patrol the city 24X7 with instructions to assist women returning late at night or if stranded. Delhi Police also informed that it has held 654 self-defense training programmes for girls till 30th June, 2018 and has trained 1,37,532 girls.

Delhi Police apprised the steps taken regarding efforts for reduction in response time such as automatic call distribution system, deployment of MPVs (Multi-Purpose Vans) in high call-density areas, PA-100 channel expanded to 100 lines, women helpline 1091 expanded to 10 lines and the NERS-112 project should be operational by March 2019, which would be completely digital.

At the outset, Hon’ble Lt. Governor directed that crimes against minors must be monitored regularly, including an analysis of quality of prosecution, and conviction & acquittal rates in such crimes.