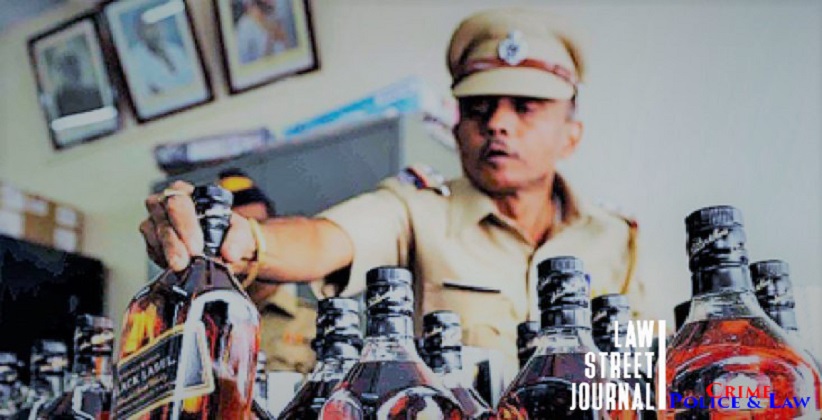 A huge haul of illicit liquor of around 3250 quarters has been seized by the Delhi police with the arrest of a notorious liquor smuggler on November 18, 2018.

According to police, Sub Inspector Moolchand along with Assistant Sub Inspector Ashok, Head Constable Rahul, Ct. Sanjay and Ct. Jagbeer gathered information about liquor smuggling. On the basis of the information, a police team initiated checking near the railway line, Bhogal. During checking, the police intercepted a Mahindra Champion delivery van bearing no. DL 1LQ xxxx which was coming from Bhogal.

During a search of the van, police recovered 65 cartons containing 3250 quarters (containing 50 quarters of 180 ml each) of Desi Masaledar Sharab. The driver of the van was identified as Shiv Kumar (20) a resident of Badarpur.

Accordingly, a case vide FIR No.328/18 under Sections 33 and 38 of the Delhi Excise Act, 2009, was registered at Hazrat Nizamuddin Police Station.

During interrogation, accused Shiv Kumar disclosed that he is a school drop-out and is a native of Safai, UP. He works as a delivery van driver and in order to earn quick money he started smuggling liquor.

Further, the accused disclosed that he started supplying liquor on order to bootleggers in Delhi and for every consignment, he earned around Rs.12,000-15,000.

Further investigation is being carried out by the police.

If Woman Compelled To Leave House Of A Husband Due To Assault, Harassment, It’s Neglect On Part Of Husband To Maintain Wife: Bombay HC [Read Judgment]