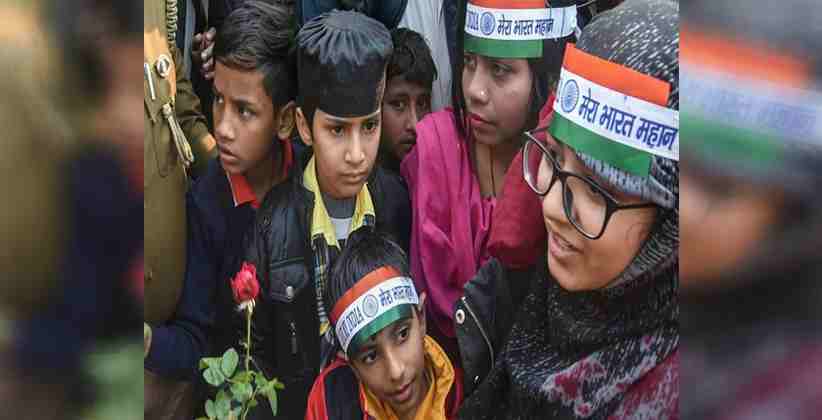 The Lucknow Child Welfare Committee (CWC) on 26 January, 2020 issued a notice to parents who are protesting against the CAA along with their children at the Clock Tower, ordering them to send them home immediately or face action.

The notice was issued because a lot of children were at the dharna and not at school where their meals were distributed.

“Therefore, in the best interest of children and to ensure that there is no mental stress on them, it is necessary that they are immediately removed from the dharna site or else action will be taken under Section 75 of the Juvenile Justice Act,” it said.

The notice makes it clear that anybody under the age of 18 would be construed as a child and therefore comes under the purview of Juvenile Justice (Care and Protection of Children) Act, 2015 and the CWC which have to ensure the safety of their childhood, education and health.

“In view of this, the CWC orders all such families protesting with their children near the Clock Tower to immediately send them home so that their normal routine can be restored,” it said.

The statement issued by CWC (Lucknow) Chairman Kuldeep Ranjan and four of the panel members warned of action under the section which deals with crime, cruelty to children and offences punishable with imprisonment for a term which may extend to three years, or with fine of INR 1 lakh or with both.

This move by CWC strikes at the Right to Freedom of Speech and Expression of minors. A pertinent question that arises here is whether the right extends to minors or not. Article 19 of the Constitution of India, 1949 is available to ‘citizens’ and since minors are citizens, they can avail the right subject to reasonable restrictions.

The protests are in line with the protests at Shaheen Bagh in Delhi. The protest has gained a lot of momentum and getting attention from news media around the globe. No less than 200 women have remained gathered at the site, day and night, staging protests against the Citizenship Amendment Act, 2019 (CAA) and proposed nationwide National Register of Citizens (NRC) by the Central Government. The police has been trying to dissuade the locals from continuing protests by reaching out to local leaders who could influence them. According to the police, the demonstrators have been asked to move elsewhere but have refused to do so.

The police has been cracking down on protests called by the Students’ Union of Jawaharlal Nehru University starting from January 8, 2020. Videos of the police snatching the Indian Flag away from students calling them anti-nationals has also gone viral on the internet.