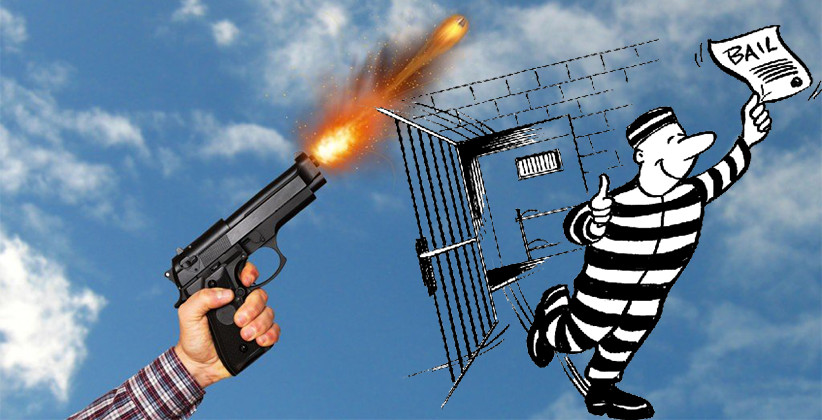 A man in Agra posted videos of firing celebratory gunshots in the air after receiving bail and smashing a glass bottle on the head of a roadside street food vendor. More than a fortnight after posting these videos, the man was nabbed by the police for carrying contraband substances under the Narcotic Drugs and Psychotropic Substances Act, 1985.

The name of the accused is Jimmi Chaudhary who is the 25-year-old son of a retired army captain. He was sent to jail on Monday afternoon (December 2, 2019). Jimmi has been a repeat offender with multiple criminal cases (about 20) registered against him including charges for attempting to murder, kidnapping, cheating, poisoning, forgery, smuggling drugs, robbery and theft.

The Agra police had initiated a man-hunt against the history-sheeter after taking cognizance of the videos posted by him. During questioning he revealed to the police that he uploaded those videos to promote his image as a mobster and wanted to earn the title of a “Don.”

Reportedly, the accused committed his first crime at the age of 24 and was charged with attempted murder at the Jadishpura police station. The accused is also known to be a drug addict.