Crime, Police And Law May 27, 2019 Lawstreet News Network 1 Shares
1 Share
A 30-year-old man allegedly committed suicide by jumping off the DND Flyover into the Yamuna at night on May 25, 2019.

The victim identified as Virender Singh has allegedly committed suicide over a family dispute. His body was fished out on May 26, 2019. Additional DCP (Southeast) Kumar Gyanesh said the inquest proceedings under Section 174 of the Code of Criminal Procedure, 1973, were initiated.

The incident took place around 11pm on Saturday after a few passersby reported that a man had allegedly jumped off the bridge after parking his motorcycle on the DND, the police said. On information, a PCR team reached the spot and found a motorcycle, bearing registration number DL 7S CG 6222, parked alongside the flyway. Eyewitnesses said they saw a man parking his bike on the side of the road and jumping off the bridge. On investigation, the teams found Singh’s wallet, mobile phone, RC, PAN card and driving license near the motorcycle. When police contacted Singh’s family, they informed the police that he worked as driver of a chartered accountant and was unmarried. Though no suicide note was recovered during the investigation, his family members said that he had been under stress over an ongoing family dispute. Singh was on his way to Delhi at the time of the incident. A rescue operation was started late night with teams from Delhi Disaster Management Authority and National Disaster Response Force joining the efforts. Divers were sent in and on Sunday afternoon around 2pm, Singh’s body was fished out of the river. An autopsy will be conducted on Monday, after which the body will be handed over the family members, said a police officer. Police have so far found no foul play in the case and have recorded the statements of other motorcyclists who saw the incident and also the guard, Sunil, who was on duty at the DND Flyway. Further investigation is being carried out to ascertain the sequence of events. 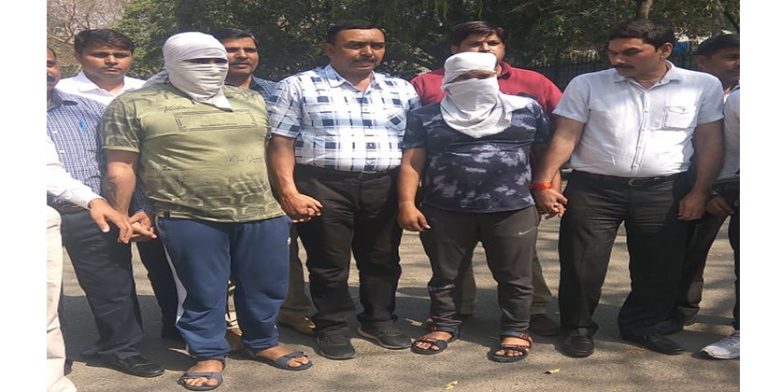 Crime, Police And Law Apr 05, 2019 Syed Wajid ( ) 2 Shares
2 Shares
The sleuths of STARS II Crime Branch have arrested two aides of Naveen Kasana gang wanted in number of cases of heinous crimes. They both carried on their heads a bounty of rupees 50 thousand each. With their arrest, the police claim to have solved 7 cases of robbery, dacoity, intimidating witnesses and Arms Act. They had been operating in the areas of Jagat Puri, Pandav Nagar, Tilak Nagar, New Ashok Nagar and Geeta Colony."They had been active in the area for some time. The MO employed by them...
Read full post