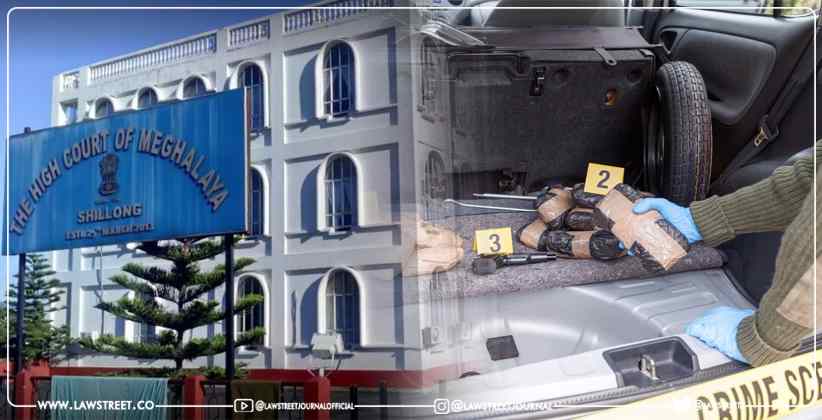 The Meghalaya High Court on 30th March 2022 suggested in the case M Kharkongor vs. State of Meghalaya that 'flying army checker' teams be deployed for surprise checks on Army vehicles, after it emerged that they may allegedly be used to traffic drugs.

Chief Justice Sanjib Banerjee and Justice W Diengdoh took note of the Amicus Curiae's submission that recently, an Army Major from Imphal was implicated for facilitating the transit of drugs.

Reacting to the Amicus mentioning that a correctional home inmate suggested that high-ranking defence personnel may have been roped in for the trade, the Bench stated,

"Unbelievable though such allegation is, it has to be noticed nonetheless that according to the relevant inmate drugs are sometimes transported in army trucks, which are generally immune from checking."

The High Court added that a copy of the present order should reach the General Officer Commanding of the 101 Area and the Director General of the Assam Rifles to take immediate remedial action if the information is verified.

"If what is reported is true, there must also be intelligence reports received by the State in such regard and the Chief Secretary should coordinate with, inter alia, the Army and Assam Rifles, both to make the highest officials aware of the problem and for immediate action being taken. It may also do well for teams of flying army checkers to be deployed along the route to make surprise checks on Army vehicles which are otherwise not subjected to checks by civilian personnel," the Court said.

Amicus Curiae SP Mahanta had, pursuant to an earlier order in the public interest litigation (PIL) matter, forwarded details of places where the drug menace was prevalent in the State.

He had submitted that since Meghalaya falls within the transit route of drugs emanating from a neighbouring country or going to such countries, a certain modus operandi was being followed.

The Court took note of the Amicus' 'meticulous' work in visiting correctional homes and Opioid Substitution Therapy Centres and discovering from some inmates that for the safe passage of the drugs, high-ranking defence personnel might have to be involved.

Listing the matter for further hearing on April 28, 2022, the Bench observed that another area needing to be looked into was for therapy and de-addiction centres in the State.

"Many families affected have to look beyond the State where wards are sent in the absence of adequate facilities being available in Meghalaya, despite the urgent need therefor. There may also be a need for de-addiction centres, particularly to house young female offenders," the Court observed.

Along with Amicus Curie Mahanta, Advocate M Lyngdoh appeared for the petitioner. The State was represented by Advocate General A. Kumar and Advocate S Laloo.

Special Court Remands Lawyer Who Filed Case Against Devendra Fadnavis, And His Brother To ED's Custody Till April 6