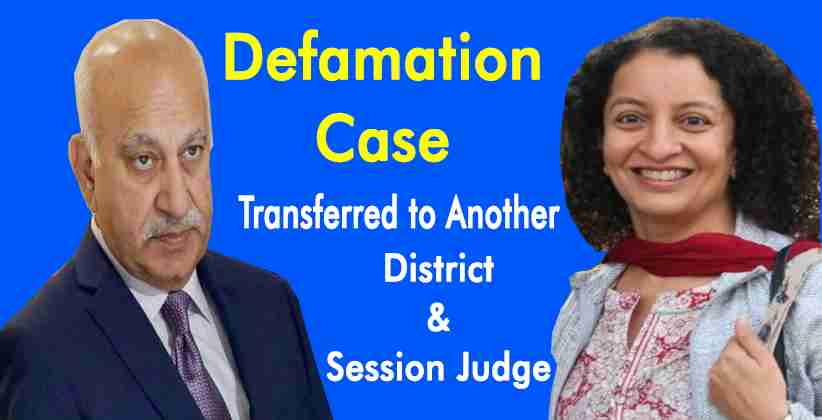 Additional Chief Metropolitan Magistrate Vishal Pahuja transferred the case for an appropriate order to another District & Session Judge. While transferring the case, he has referred to the Supreme Court’s directions (2018) in Ashwani Kumar Upadhyay v. Union of India &Anr (WP (Civil) no. 699/2016). It was held in this case that there are special courts to be designated for the trial of MP/MLA. The MP/MLA courts can only take those cases which are filled against legislators and not by the legislators.

After the final argument is being made by both parties, the case wasduly transferred. On October 14, 2020, Senior Advocate Geeta Luthra was supposed to start her arguments on rejoinder but the Additional Chief Metropolitan Magistrate has refused to hear.

According to the Supreme Court’s directions, the High Courts across the country have been directed to formulate a policy for expediting the cases before the special courts for MPs and MLA.

Last week, the Delhi High Court issued notice to Central Government, the Delhi Government, and the Registry on a suo moto petition taken up to expedite the cases before MP/MLA Court.