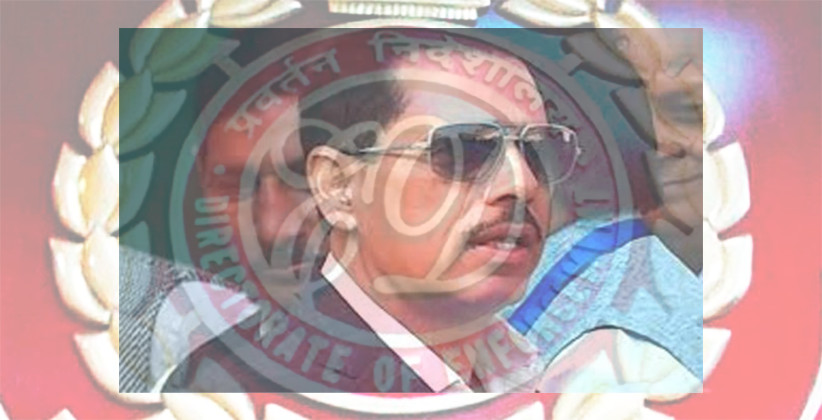 Mr. Vadra reached the ED office at around 3:47 pm for questioning in connection with alleged criminal charges of dubious financial dealings. Mr. Vadra has denied these allegations in the past and termed them a political witch hunt against him.

Earlier, a Delhi Court had directed Mr. Vadra to cooperate with the investigation being carried out by the central probe agency when he appeared before the court seeking anticipatory bail in the case. The court had asked him to appear before the ED on February 6, 2019, after returning from London.

Official sources said Mr. Vadra will be put through questions on transactions, purchase and possession of certain immovable assets in London and his statement will be recorded under the Prevention of Money Laundering Act, 2002.

The case relates to allegations of money laundering in the purchase of a London-based property — located at 12, Bryanston Square — worth £1.9 million, which is allegedly owned by Mr. Vadra.

The agency had told the court that it has received information about various new properties in London which belongs to Mr. Vadra.

The Rajasthan High Court has also directed Mr. Vadra to appear before the ED on February 12, 2019, in connection with another money laundering case being probed by the agency.