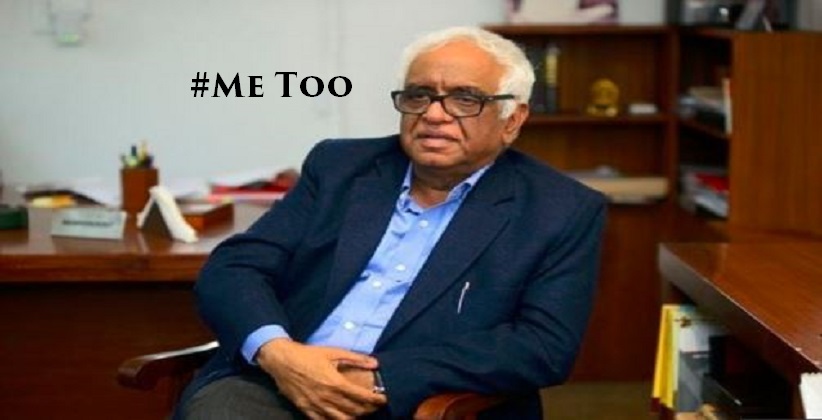 Justice Mukul Mudgal, former Chief Justice of the Punjab & Haryana High Court, has been accused by a family friend of sexually assaulting her in the early 90s, ThePrint reports.

As per the report, on the day of the incident, Mudgal J had allegedly gone to the house of the woman at 11 pm at night on the pretence of wanting coffee.

The woman alleged that Justice Mudgal grabbed the cup from her, put it down on a surface nearby, and slammed her onto the bed in the room.

“I was down on the bed, and he was on top of me with full force. And I mean full force,” the woman alleged.

The report states that as the woman narrated what she said happened that night, her body recoiled, and she pulled a hand over her face. “He slobbered all over me…It was disgusting.”

With her arms flailing and legs kicking, he finally relented and left the house, she said.

The woman alleged that the incident left her with bruises all over her body.

When reached for comment, Justice Mudgal denied the allegation, terming it as “utterly false and baseless”.

As per the report, Justice Mudgal said that “The alleged incident is said to have taken place more than 25 years ago. While I did have a few meals with her around that period, our friendship did not continue as I felt that we did not have much in common.

However, the allegations that I went to her house or that I had assaulted her and caused bruises are utterly false and baseless.

I have lived a life without moral blemish. I have worked and moved with women of different ages and different spheres of life without giving a cause for complaint to anyone.”

When the question was asked from the woman as to why she is speaking up now, the woman reportedly said that “For years I couldn’t say anything because of how close our families were. I felt too many people would be hurt if I spoke up against him.”

At the time of the alleged assault, and the years after it, she considered the shame of the incident to be solely hers, she said. But that changed in 2016, when her daughter was allegedly sexually harassed.

Her daughter’s experience, compounded by her own, has shaken her faith in the judiciary and courts to an irreconcilable degree, the woman said.

Moreover, heartened by the Me Too movement, she finally confronted the former judge on October 18 this year, sending him a WhatsApp message. After she denied Mudgal J permission to call her, the former judge’s cousin allegedly called her and told her that the incident was a “mistake” on the part of the judge. However, Mudgal J has denied using the word “mistake”.

Summing up, the woman told ThePrint that “I want to tell this story because my child has suffered the same fate — even if in a different way,” she said. “If the keepers of the law are themselves the perpetrators, can any woman hope to have any justice?”

Justice Mukul Mudgal got enrolled as a lawyer in 1973 and five years later become an Advocate-on-Record at the Supreme Court of India. He was appointed as a judge of the Delhi High Court in 1998. He was later appointed as Chief Justice of the Punjab & Haryana High Court in 2009, before retiring in 2011.

After retirement, he headed the Mudgal Committee to conduct independent inquiries into allegations of corruption in the Indian cricket board. He is also a member of the FIFA Governance Committee and Review Committee.