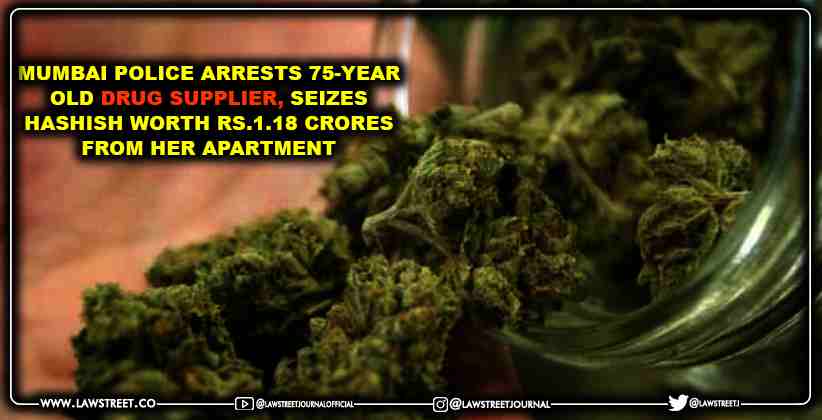 Mumbai police seized 3.86 kilograms of hashish from the residence of a 75-year-old woman in the western suburbs of Mumbai. The woman is suspected to have been running a drug supply chain. The raid at Bandra house was a consequence of a 57-year-old man being arrested with 160 grams of the contraband.

The cops had received a tip off that Gawali was going to Waterfield road in Bandra to supposedly sell Hashish. After being informed regarding Gawali’s whereabouts, a trap was laid to arrest the 57-year-old man. The police seized a plastic bag containing 160 grams of hashish from Gawali.

During the interrogation, Gawali revealed that he had obtained hashish from a woman who lived in Guruji Seva Mandal in Bandra (west.) The cops, after obtaining this information, went to the mentioned woman’s house and recovered 3.8 kg’s of hashish.

The cops took Shaikh into custody after the raid. The crime branch officials have registered a case against both of them, under the provision of Narcotic Drugs Psychotropic Substances Act, 1985.