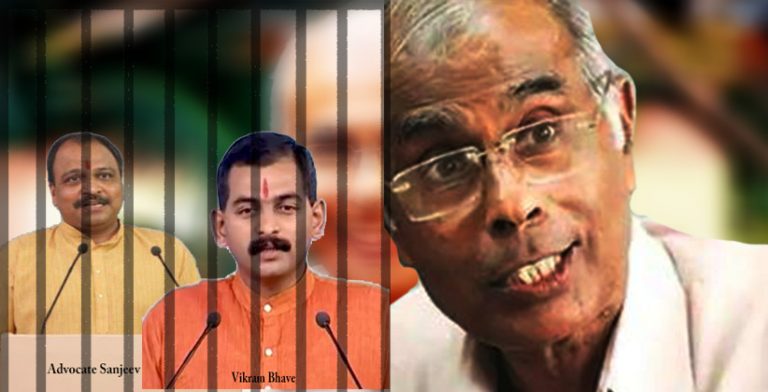 The Central Bureau of Investigation (CBI) on May 25, 2019, has reportedly arrested advocate Sanjeev Punalekar, who is associated with right-wing group Sanatan Sanstha. He is arrested in connection with Pune-based rationalist Narendra Dabholkar murder case.

As per reports, Punalekar’s arrest was the fourth arrest in the case. The central agency also arrested one more person identified as Vikram Bhave in the said case.

On August 20, 2013, Dabholkar was gunned down by two bike-borne assailants while he was on a morning walk on Onkareshwar Bridge in Pune. A case of murder was registered with the Pune city police. The case was initially probed by the crime branch of the Pune city police, but, later transferred to the CBI in May 2014.

On June 10, 2016, the CBI arrested Dr Virendra Tawde, an alleged western commander of the Hindu Janajagruti Samiti (HJS), an offshoot of the right-wing group Sanatan Sanstha, in connection with Dabholkar’s killing.

In the first chargesheet filed in September 2016, the investigating agency named two more Sanatan Sanstha members Sarang Akolkar and Vinay Pawar as the assailants in the case. According to the chargesheet, the conspiracy to murder Dabholkar was hatched because of ideological differences between the Maharashtra Andhashraddha Nirmoolan Samiti (MANS), founded by Dabholkar, and the HJS.

However, the Maharashtra ATS last year while probing a terror case arrested Sanatan Sanstha seekers- Sachin Andure and Sharad Kalaskar who allegedly confessed to have killed Dabholkar. Subsequently, the CBI took their custody and arrested them in the case.

Earlier this year, the CBI has filed a supplementary chargesheet before a special CBI court in Pune against Andure and Kalaskar identifying them as the shooters and Tawde and another Sanatan Sanstha member, Amol Kale as mastermind. Kale has been also chargesheeted for his alleged role in the murder of Karnataka-based senior journalist Gauri Lankesh.

Written Statement Will Not Be Taken On Record If Not Accompanied By Affidavit Of Admission/Denial: Delhi HC [Read Judgment]