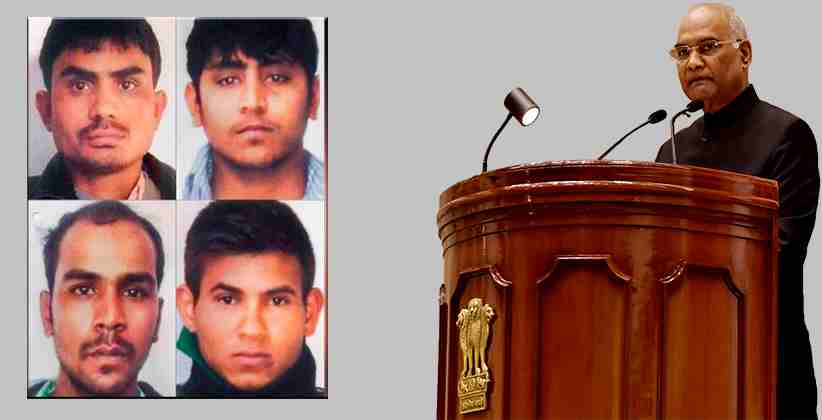 Delhi High Court Advocate Rahul Mehra today (January 15, 2020) has contended before the Delhi High Court that Nirbhaya convicts cannot be hanged on 22 January, 2020 mercy petition pending before the President of India, Ram Nath Kovind. Execution of Death Sentence according to law can only be carried out 14 days after the dismissal of a mercy petition.

A 5-Judge bench of the Supreme Court yesterday (January 14, 2020) had dismissed the curative petitions filed by two Nirbhaya gang rape case condemned prisoners - Vinay Kumar and Mukesh - who had questioned the death sentence awarded to them.

The bench of Supreme Court Justices N V Ramana, Arun Mishra, R F Nariman, R Banumathi and Ashok Bhushan were unanimous that there was no merit in the curative petitions of Vinay Sharma and Mukesh seeking reconsideration of death sentence awarded to them in the gang rape case.