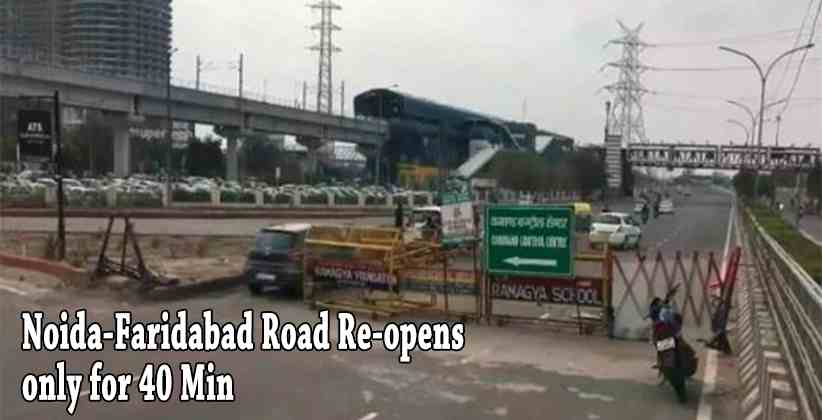 As reported on 21st February, 2020, the blockade on the road that connected Noida and Faridabad near Delhi has been repeatedly flagged by the BJP government as a law and order problem. The road near Delhi's Shaheen Bagh that has been a witness to ongoing protests for over two months against the Citizenship Amendment Act, 2019 (CAA) has been reopened briefly today by the Uttar Pradesh and Delhi police. It has been reopened69 days after it was barricaded. The opening of the road to ease the traffic congestion has come from two Supreme court mediators - Sanjay Hegde and Sadhana Ramachandran who put forth the contention to bring creative solutions to the traffic situation while simultaneously protecting their right to protest. The road will be opened for a period of 40 minutes.  The mediators had been tasked to persuade the protesters to continue their agitation in some other location in order to open the road.

The protesters at Shaheen Bagh have remained adamant on continuing with the protests till date.

A petition last week had sought directions to the Centre for the removal of the protesters from Shaheen Bagh. Further it was alleged that the demonstrators were illegally protesting against the Citizenship law by blocking the public road.

The protests have made headlines worldwide. Hundreds of men, women and children have been protesting against the CAA that has questioned a person's citizenship on the basis of religion.