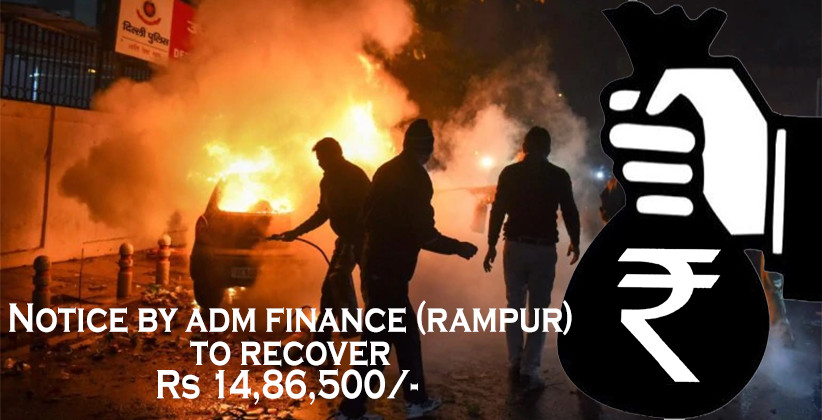 The Aditional District Magistrate Finance of Rampur today has issued notices for the recovery of Rs 14,86,500 by issuing notices to more than 24 people. In the notice, the police report has been ordered to compensate the loss from those who were responsible for the riots.

Earlier, the Allahabad High Court, while hearing a petition, had said that the miscreants would be liable to compensate for the loss in violent protests against the Citizenship (Amendment) Act, 2019. They will be fined by sending notices and if the amount is not so, the property of the offenders will be recovered by attachment.

It may be known that on December 21, 2019 there was a clash between the police and the protesters when the crowd going to protest in Rampur against the CAA was stopped by the police. The case increased so much that one person died in stone pelting, arson and firing. At the same time, miscreants set 4 motorcycles and a police jeep on fire.

After the incident, the administration has now assessed the damage caused by arson and vandalism and has issued notice to compensate the loss by identifying more than 24 people responsible for the riots.