Notorious Gangster of Infamous Tillu Gang Arrested After Shoot Out 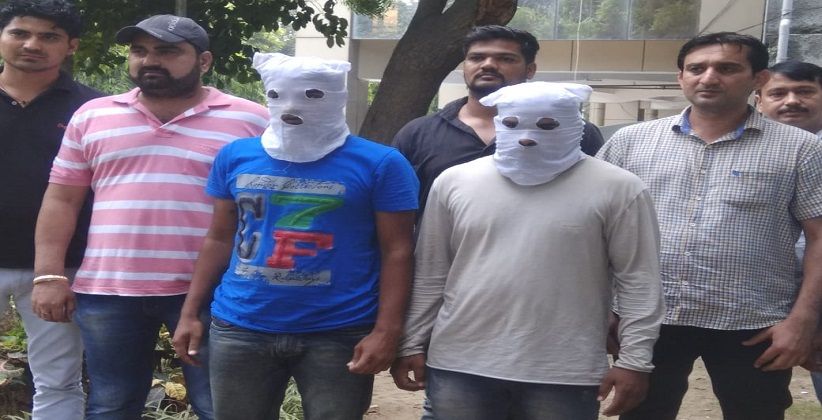 A police team of Special Cell under the supervision of Sanjay Dutt, ACP arrested three notorious criminals of Sunil alias Tillu gang namely Manjeet alias Chamra, Nitesh alias Shivam Bhumi and Mahesh alias Pravin after a brief encounter in the wee hours at Alipur area of outer Delhi. All the three accused are involved in a sensational murder of one Arman of Jitender alias Gogi gang in the area of PS Narela.

A long-standing gang war between Jitender Alipuria alias Gogi and Sunil Tajpuria alias Tillu gang resulted in murders of several associates of both the gangs. This forced both the gangsters to recruit more members to their gangs. In a similar effort, Sunil alias Tillu recruited criminal Manjit Chamra and other criminals in his gang. While Jitender alias Gogi recruited Arman to his fold.

Manjit was allegedly forced to join the Gogi gang by Arman but he refused his proposal.  At this Arman and other members of Gogi Gang threatened Manjit Chamra and his family of dire consequences. On August 20, 2018, Manjit Chamra along with Nitish and Mahesh confronted Arman at Narela Railway tracks where an argument ensued as to how he dared to visit his house for threatening and Manjit and his associates fired four bullets at Arman who died at the spot. A case FIR No. 614/18 u/s 302/34Indian Penal Code, 1860 & 25/27Arms Act, 1959 was registered at Police Station Narela, Delhi in this regard.

On September 04, 2018, a trap was laid on the information after which Manjit Chamra was apprehended. One country made pistol along with two live cartridges were recovered from his possession. During interrogation, the accused revealed about his associates namely Nitish alias Shivam and Mahesh alias Praveen would be coming at Budpur Hiranki Road on a two-wheeler having registration No. DL-11S-M-9616 in the morning.

On this information, a trap was laid and the said vehicle was stopped. They first tried to flee but were accosted. Both the riders tried to escape from the spot and took to their heels. When chased they whipped out pistols and fired at the police team which hit SI Gopal and one hit ASI Lav Kumar who were saved as they were wearing bullet-proof jackets. As this police team also fired back to deter the criminals from escaping in which one Nitish was hit by a bullet in his right leg while another associate was apprehended unhurt. A recommendation of a cash reward of Rs. 50,000/- was moved by the local police on the arrest of accused Manjit.

They all are involved in extortion at the behest of their gang leaders. After committing the murder of Arman, they robbed a bike at gunpoint from Kundli area in which a case FIR No. 398/18 u/s 379 B IPC, 1860 has already been registered at PS Kundli, Sonepat. On August 26, 2018, these criminals went to Sonepat at the house of a government officer and demanded Rs. 50 lacs as protection Money at the behest of their gang leader. A case FIR No. 482/18 u/s 386/506 IPC, 1860 and 25 ArmsAct, 1959 was registered at PS Sonepat, Sadar, Haryana. Further investigation is in progress, said Sanjeev Kumar Yadav, DCP Special Cell.