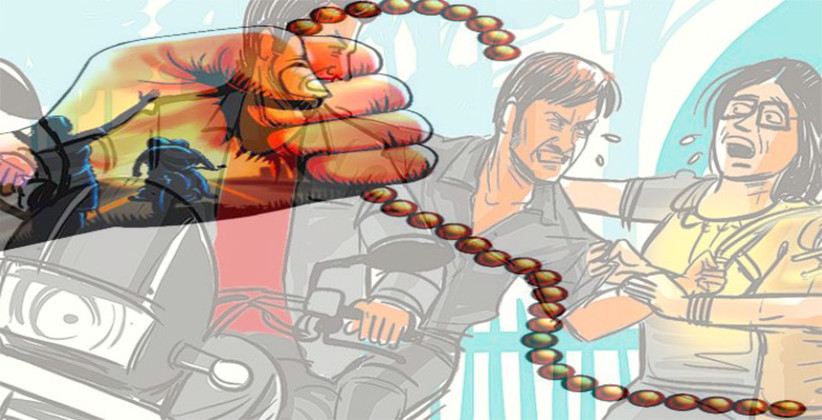 The police apprehended a notorious snatcher and recovered from him four mobile phones and a scooty. The accused Abhishek aka Kake (19) is found to have been involved in 6 cases of robbery, snatching and theft.

Keeping in view the upsurge in cases of snatching and theft in the area of Hari Nagar. An anti-snatching team comprising SI Pankaj Thakur and ASI Krishan under the leadership of SHO Hari Nagar Inspector Vijender Sangwan, under the supervision of ACP sub-division Rajouri Garden KSN Subudhi was constituted.

Security beefed up and extra vigil was stepped up, criminals in the area were rounded up. Those just out of judicial custody were tracked down and the police zeroed in on the suspected criminals.

During a special picket checking near Swarg Ashram Road, Hari Nagar, when one person on a scooty was flagged down, he didn't stop he instead tried to run away seeing the police picket but the alert HC Banwarilal and constable Jitender chased a bit far and overpowered him. He was interrogated that brought him to confession to the crime he had committed.

"When interrogated, he confessed to having been involved in half a dozen cases of robbery, snatching and theft. We have recovered stolen mobile phones and one scooty. The police personnel who displayed the act of valour will suitably be rewarded. Further probe is underway," District Police Chief Monika Bhardwaj spoke.

An FIR No. 520/18 in the case has been registered in Hari Nagar police station against the accused under Sections 356 and 379 of the Indian Penal Code, 1860.