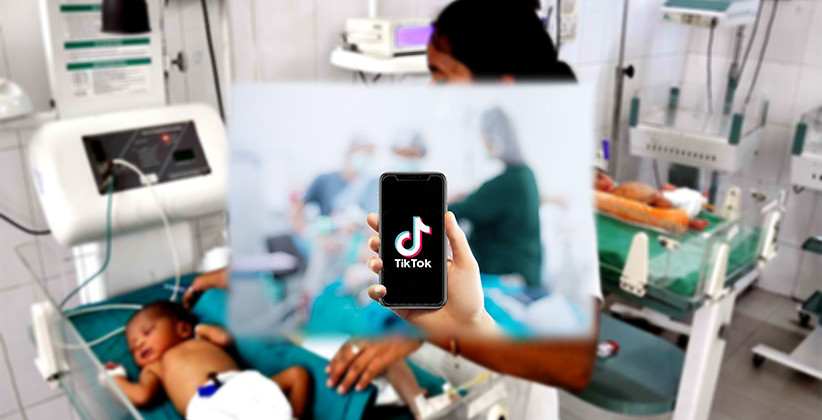 Four nurses in Odisha working in the special newborn care unit of the district headquarters hospital of Malkangiri have been served show cause notices after TikTok videos of them frolicking inside the special neonatal care unit (SNCU) of the hospital went viral on June 26, 2019.

The notices were sent by the chief district medical officer (CDMO) of Malkangiri Ajit Kumar Mohanty.

In the videos, the nurses, wearing their green uniform and caps can be seen lip-syncing to some Hindi film songs and dialogues using TikTok, a popular Chinese video-sharing Android application. The hospital beds and patients can be seen in the videos. In one of the videos, a nurse is holding up a child patient while popular Bollywood songs kept on playing in the background.

After the videos went viral on social media, additional district medical officer and the hospital’s officer-in-charge Tapan Kumar Dinda said that a probe was being conducted and action would be taken.

“I have initiated a probe into the matter and will submit the report to the CDMO for necessary action, he said. The CDMO has described the incident as “unfortunate,” Dinda told news agency PTI.

The four nurses who have been served notices are Nandini Ray, Ruby Ray, Tapasi Biswas and Jyoti Ray, according to a report in The Hindustan Times. All the videos were posted on TikTok from Jyoti Ray’s account.

As per the report, the nurses have admitted to shooting the video clips inside the newborn care unit.

Malkangiri has a high rate of infant mortality and the hospital has set up the unit to treat the newborns who are critically ill. The district had made the headlines in November 2016, when over 103 children died of acute encephalitis syndrome (AES).