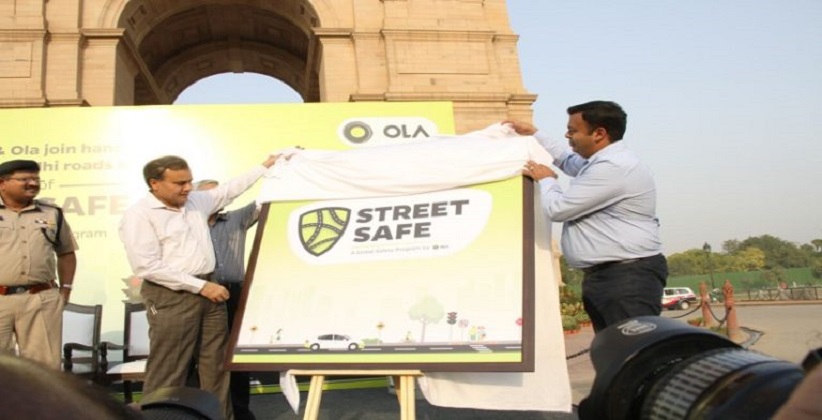 The main idea behind the campaign is to create awareness on three key issues, i.e., drinking & driving, texting & driving, and over-speeding, which are found to be the leading causes of road fatalities.

Mr. Patnaik flagged off cabs with child lock disablement stickers designed to remind passengers to check and disable child lock before the trip starts, a step mandated for all cabs/taxis by the State Transport Authority (STA). The cabs would also carry the stickers of ‘Himmat Plus’ app in order to encourage women commuters to download the app and use it in the event of distress.

On this occasion, Mr. Patnaik also felicitated some good Samaritans and police officials who helped women in distress. The participating students downloaded Delhi Police’s ‘Himmat Plus’ app and also took a pledge to remain alert and extend support to the Delhi Police by reporting distress incidents on the app.

Appreciating the efforts of Ola, Mr. Patnaik said that, “It is a unique initiative as it would not only make travelling on the road safe but also become a significant component in contributing women safety as well. The other cab aggregators should also take a cue from this initiative. Women safety is always the priority area of Delhi Police, and various initiatives have been taken by the Delhi Police in this respect, resulting in substantial reduction in crime against women.”

Reiterating Ola's commitment to safety, Mr. Mehta said that statistics show that one serious accident occurs in the country every minute. As a safety first organization, Ola, through its Street Safe program is delighted to collaborate with all stakeholders involved in public safety including the Delhi Police.