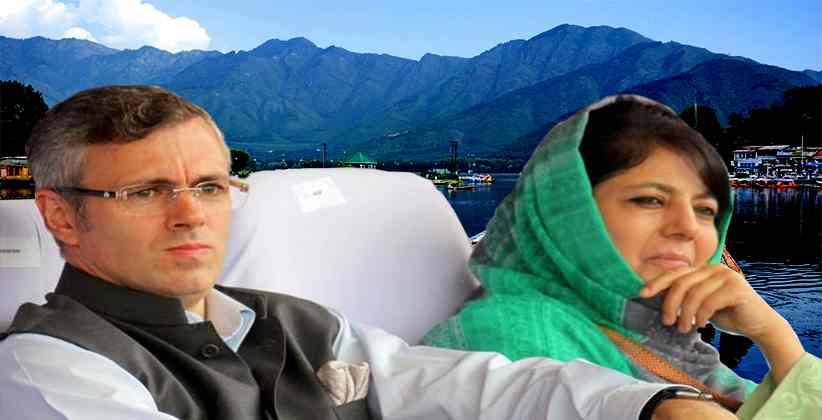 On February 6, 2020, ex-Chief Ministers of former Jammu & Kashmir Omar Abdullah and Mehbooba Mufti were charged under draconian Public Safety Act, 1953 (PSA) which allows detention without trial for up to three months and multiple extensions. Mehbooba Mufti’s daughter, Iljita Mufti, who handles her Twitter handle, confirmed detention. This order came on the last day of a 6 months' detention period. In PSA dossier it was written that they were charged for hate speech against India.

A magistrate accompanied by police served the order to Mehbooba Mufti at the bungalow where she has been detained, officials said Omar Abdullah was also booked under the PSA.

This action comes on a day when Prime Minister (PM) Narendra Modi, in Parliament, accused the regional leaders of attempts to foment trouble in the run-up to the revocation of Article 370 and 35A on August 5, 2019.

Hundreds of politicians including the Abdullah and Mehbooba Mufti were detained or arrested in August as part of the centre's massive clampdown after its decision to end special status to Jammu and Kashmir under Article 370 of the constitution and split it into two union territories.

Using the PSA against Farooq Abdullah was the first instance, in September, 2019, of the law being used against a mainstream politician, especially an MP and a three-time Chief Minister. Usually, it has been used to arrest terrorists, separatists or stone-throwers.

Formally called the Jammu and Kashmir Public Safety Act, 1993, the law was introduced by Farooq Abdullah's father, Former Chief Minister Sheikh Abdullah, to target timber smugglers. The PSA, often described as a "draconian law", empowers the government to detain individuals whose actions can be seen as "instigating, provoking or disturbing, or is likely to disturb, public order". It also allows the government to detain individuals "outside the limits of the territorial jurisdiction of the officer making the order."

The act has two sections; the one on disturbing 'public order' allows detention without trial for three months, which can be extended to six, and the part on 'threat to security of the state' could mean detention for two years.

Under Section 13 of the PSA, detention orders can only be issued by a Divisional Commissioner or District Magistrate, neither one of which is obliged to disclose facts about the detention that "it considers to be against the public interest."