Once Again Alertness Proved CISF's Worth. 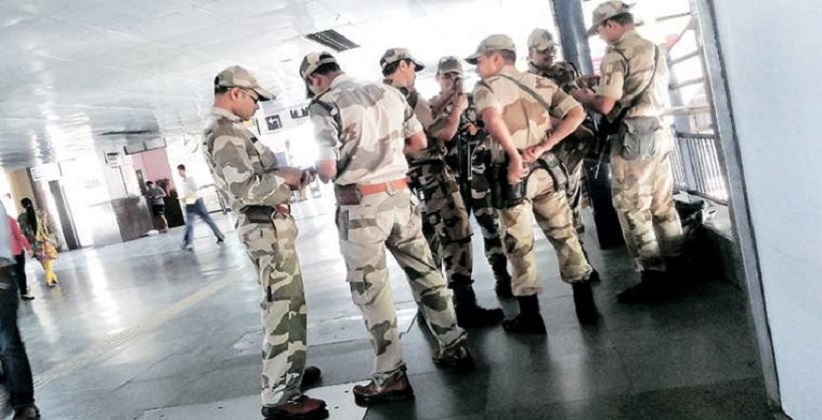 It has once again been proved by Central Industrial Security Force (CISF) staff that alertness and vigil eye is the antidote of danger and mishap. On May 18, 2018 at about 21:33 hours, constable B K Sharma of CISF noticed an unclaimed bag lying on the output roller of X-BIS machine at Uttam Nagar East Metro Station in Delhi. He immediately informed the matter to his Shift In-charge.

The Shift In-charge rushed to the spot and instantly started asking the nearby passengers but no one came forward to claim the bag. Meanwhile, a passenger namely Shiva Yadav, aged 33 years, R/o Suraksha Vihar, Uttam Nagar approached the Shift In-charge and told that his bag is missing from the output roller of the X-BIS machine. He was shown the unclaimed bag but he told that it does not belong to him.

After some time a passenger namely Kumar Bhagat, aged 25 years, R/o Ranchi, Jharkhand came to the metro station and enquired the Shift In-charge about a bag. Upon further probe, it was revealed that he mistakenly took another bag from X-BIS machine after security check as he was in a hurry. He further revealed that when he found that his bag got exchanged, he returned to the metro station.

The Shift In-charge brought both the passengers to the station control room and after conducting the verification process, the bags with all contents were handed over to their respective owners. Mr. Kumar Bhagat and Mr. Shiva Yadav thanked the CISF personnel for their good work and also acknowledged and appreciated the honesty of the organization as a whole.