Once Sold Into Prostitution, These Girls Became Lawyers To Put A Full Stop On Crimes Against Girls 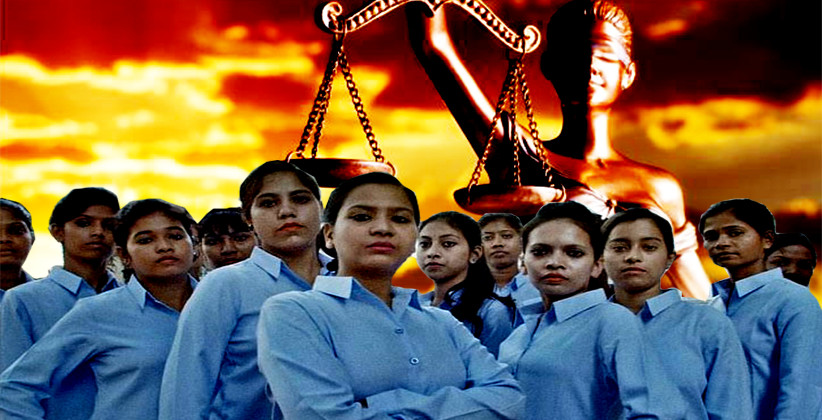 Sex trafficking in India is a burning issue that is haunting the country for many years. Every year, thousands of girls across the country are sold into sex slavery. According to the last available report of the National Crime Record Bureau for the year 2016, as many as 8,132 cases of human trafficking were reported across India, with West Bengal at 3,579, accounting for nearly 44 per cent of the cases. Worryingly, of the 15,379 persons trafficked in the year, 58.7 per cent were children.

However, beating all odds, a few girls who were once sold into prostitution, today aspire to become leading lawyers in the country.

Survivors of the crime of Commercial Exploitation of Children (CEC) are aiming to become top-notch lawyers. Some were child brides sold into prostitution by their husbands, some were sent away by their families as domestic helps into unknown houses. But they all seem to have one thing in common i.e., they want justice.

They want to study law to become public prosecutors to stop crimes against girls in the country. They are backed by the School of Justice, which has collaborated with the top law colleges in the country.

Francis Gracias, the CEO of Free a Girl Movement India, speaking about the distressful picture of the Commercial Exploitation of Children in India told Indian Women Blog that “There’s this study by ECPAT which was conducted in 2014 that tells us how 1.2 million children are the yearly survivors of this crime in South Asia. And the strangest thing is that the number is increasing year after year! But there’s only a fractional number that gets reported. In 2014, there were 3345 cases reported out of which only 384 went to court. Of the 384, there is a minuscule 10%-14% conviction rate.”

To rehabilitate the victims, the School of Justice provides education and vocational skills to them. “The girls with us are very positive in their outlook, but they still have a hankering for justice. That is why they are so passionate about wanting to be a part of the solution. They want to help other victims. The system has failed them but instead of being repulsed by it, they are actively working to become a part of it and amend it,” Francis Gracias said further adding that “We wish to enroll them in regular classes at good colleges. Now see, they come from different backgrounds. Some, we help to appear for the CLAT exam (Common Law Admission Test), while some we encourage to pursue University exams.”

According to the NCRB, a total of 8,132 cases of human trafficking were reported in the country this year, while the figure for 2015 was far lower at 6,877 cases. It is high time that the government recognizes the problem and step in to curb the menace.

Ministry of Women and Child Development