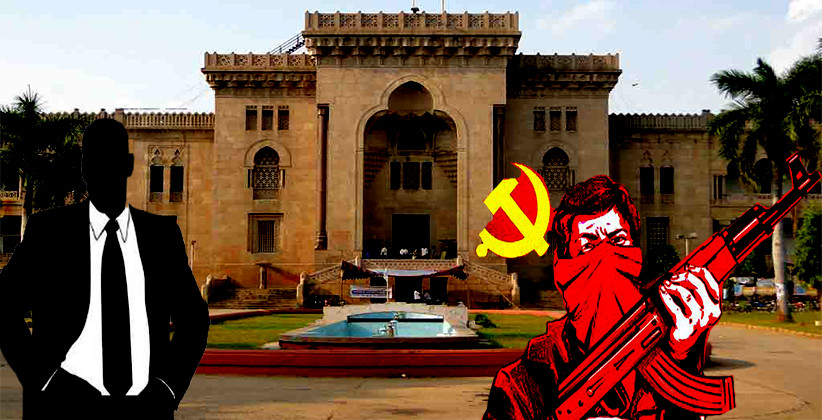 A team of police personnel from Telangana’s Jogulamba Gadal district on October 10, 2019, arrested an assistant professor at Osmania University for allegedly having links with Maoists.

A case under relevant sections of the Unlawful Activities Prevention Act, 1967, has been registered against the accused identified as Jagan (37-years-old).

"We have arrested Jagan, who is an assistant professor at Osmania University, in a case under the Unlawful Activities Prevention Act. So far, four members have been arrested in the case including one student organisation president," police officer Jogulamba Gadwal said.

According to the police, letters written to Naxals were also recovered from the professor's possession.

"We have also seized other documents related to the Maoist party in their laptops. The accused were constantly in touch with Maoist party members and one of them was also a recruiter for them," Gadwal said.

Viplava Rachayitula Sangham (Virasam), a revolutionary writers' association of which Jagan is a member has condemned the arrest and demanded Jagan's immediate release.