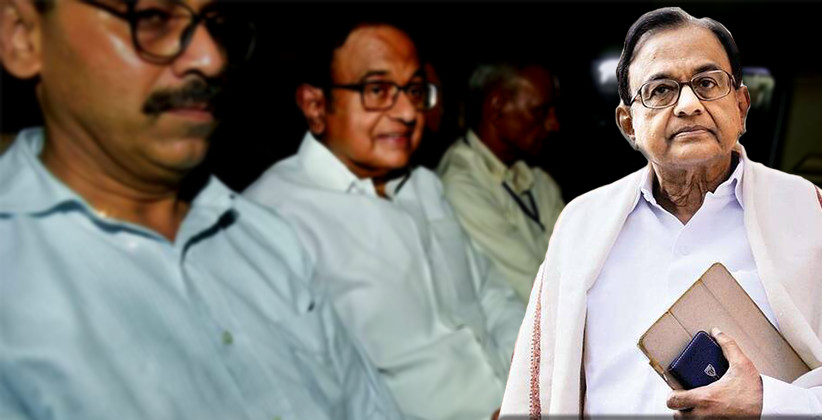 The former finance minister P. Chidambaram will be presented in CBI court today i.e., August 22, 2019, following his arrest in the INX Media case a day before.

The arrest was made after the Congress leader failed to get relief from the Supreme Court over CBI and ED's pursuit of him as the matter was not heard by the court despite repeated efforts of his lawyers.

Chidambaram's arrest became an intense political drama as CBI officials had to climb the wall of his residence to get inside his home to take him into custody.

Earlier Chidambaram who was nowhere to be found for over 27 hours surfaced at the congress party headquarters to address the media.

He also said that the FIR did not accuse him of any wrongdoing. “Yes, there is a widespread impression that grave offences have been committed, and my son and I have committed those offences. Nothing can be farther from truth. These are lies spread by pathological liars,” he said.

In the INX media case, Chidambaram is an accused of FIPB (foreign investment promotion board) violation. INX media went on to receive foreign funds to the tune of Rs 305 crore from three Mauritius based firms- a violation of the FIPB order. It also invested money in INX media, another violation of the order.

CBI says that Karthi Chidambaram, son of P. Chidambaram also benefitted from the deal and kickbacks were transferred to his account to settle foreign direct investment issues.

She said that they met in a hotel in 2008 where Karthi Chidambaram asked her to transfer 1 million dollars in an overseas account.

P Chidambaram's arrest was to divert attention from the issue of Article 370: son Karti Chidambaram

Karti Chidambaram, son of P. Chidambaram commenting on the arrest said that the arrest of his father was carried out to divert attention from the issue of Article 370.

''This is totally vindictive and malicious act, done by a pliant agency. This is only done to settle political scores. There was absolutely no necessity to do this,'' Karti said.

He also said that ''This has been done only to create a spectacle on TV and to tarnish the image of Congress party and the former finance and home minister. This is completely trumped-up case in which he has absolutely no connection. We will fight this out politically and legally.”