Now Parents Will Be Booked If Minors Caught Driving In Gurugram 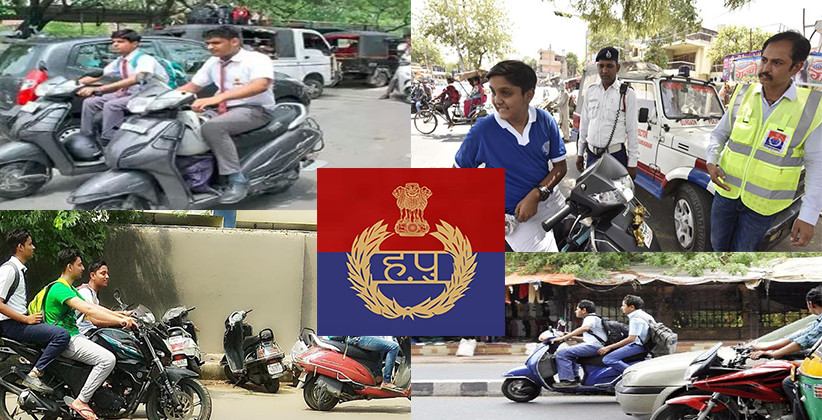 To curb the problem of underage driving in the city, the traffic wing of Gurugram police is planning to book individuals who allow their minor kids to drive.

As per reports, in the last two years, over 1,400 youngsters have been fined for underage driving in the city. It will be the first time in recent years that police will take such a step.

"Parents of minors who are caught driving will be called to the spot to pay the fine and they will be booked under the Motor Vehicles (MV) Act, 1988," said Himanshu Garg, DCP (traffic).

In 2018, Hyderabad residents became the first to be booked in India for letting their underage children drive. Around 50 cases were filed where parents were imprisoned and minors were sent to the juvenile home for one day, in a similar crackdown. Soon Chennai and Jaipur police followed suit and rolled out a similar plan to curb the growing menace.

The Gurugram police will give compulsory counselling to minors along with their parents to remind them the relevant clauses in the MV Act. In case the minor is driving a vehicle which belongs to somebody other than the parents, the police will check the registration number and book its owner. According to the response to an RTI filed by Aseem Takyar, the Gurugram police have collected a total of Rs 14.20 lakh in fine for underage driving.

"Many die in road accidents every year and in some cases, minors are involved," said Takyar, adding that minors also drive commercial vehicles like trucks and autos jeopardizing public safety.

"Most of the minors are accelerator-friendly and they often break traffic rules leading to accidents," a police official said, adding that the guardians of the juvenile drivers will now be held responsible for their offences under the MV Act. Perpetrators will be charged under Section 180 (allowing unauthorised persons to drive vehicles) and Section 181 (driving vehicle without possessing a driving licence) of the Act.

The police said even a minor can be charged. The punishment includes imprisonment for three months, or a fine ranging from Rs 500 to Rs 5,000 or both.