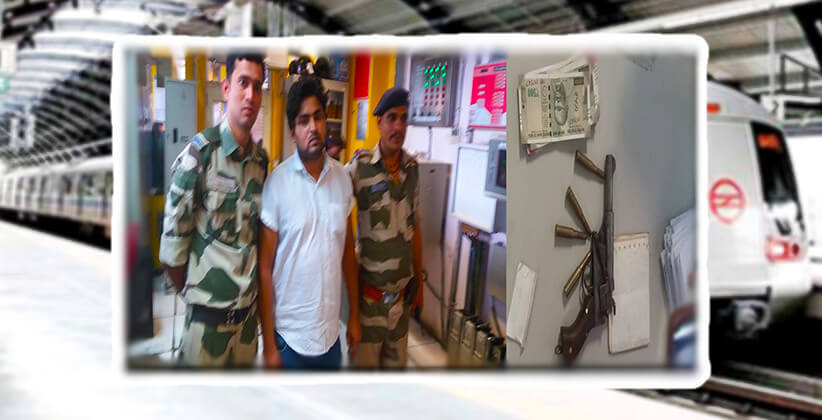 The Central Industrial Security Force (CISF) detained a man carrying a firearm and live bullets in his bag at Vaishali Metro Station. During baggage screening through X-BIS machine at Vaishali Metro Station, Constable Mukesh Chaudhary of CISF noticed an image of pistol and live rounds inside a bag. He immediately stopped the conveyer belt as well as the passenger and informed his Shift In-charge sub-inspector Mitra Alok.

The sub-inspector reached the spot and the bag was checked physically in the presence of the passenger detained. On physical checking, a country made pistol (Desi Katta), four live rounds, rupees 50,000 cash and some documents were found inside the bag.

The passenger was identified as Abhimanyu Yadav 28 years of Meerut (UP). The matter was informed to the local police, Indirapuram Police Station, Abhimanyu Yadav along with the seized country made pistol, live rounds, cash and other documents was handed over to them for further legal action in the matter.