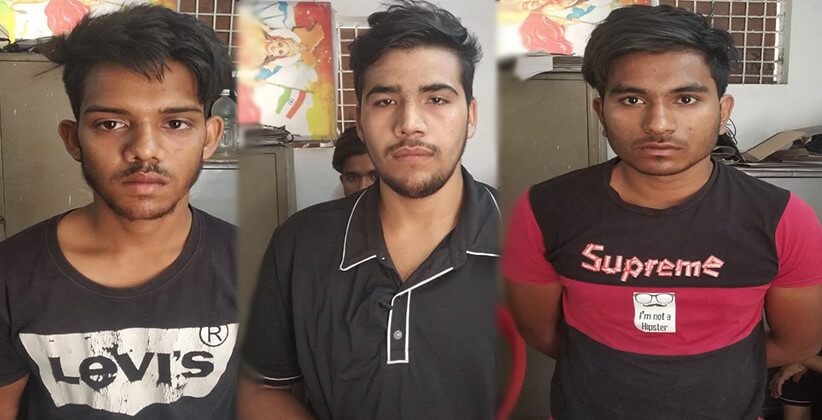 The police received a piece of information about robbery of an SUV Mahindra Scorpio. The man who lodged a complaint with police station Preet Vihar deals in 'Sale and Purchase' of second hand, used cars.  He in his report told the police that three unknown persons came to his shop and asked to show them a Scorpio (vehicle).

They were shown one white Scorpio and they asked for a test drive. All the three with him went for the test drive. No sooner did they reach near Durga Mandir than they threw chilli powder into his eyes. They pushed him out of the vehicle and also took away his mobile phone while fleeing.

Immediately, a case under Section 392/34 of the Indian Penal Code, 1860, was registered and investigation was initiated.

Keeping the gravity of the case, various teams were made comprising the staff of PS Preet Vihar under the leadership of SHO inspector Ashok Kumar and ATO Preet Vihar and overall supervision of Ravinder Kumar ACP sub-division Preet Vihar.  The teams were sent to different routes.

During the course of investigation, CCTV footages of different locations were examined and it was found that they came in a Santro car. The police probed it further and discovered that the ownership of the said Santro car was in the name of one Jai Choudhary. When he was questioned, he disclosed that Niraj Rajput 19 years and Abhishek Nagar 20 years had taken his Santro and returned after two days.

The team apprehended Abhishek Nagar of Shiv Durga Vihar and at his instance the other one Niraj and subsequently Aman Bainsla were apprehended. They led the police to recover the robbed Scorpio from the parking of a Mall near Sarai Faridabad. Later on, the car Santro used in the commission of the crime was also recovered by the team comprised of other members of the team including SI Manoj Kumar, Constables Rajveer Tomar, Kapil, Prashant and Yogesh Yadav.

The newly formed gang entered the world of crime with the intention of making a fast buck.

Maintenance Under Domestic Violence Act Doesn't Depend On Whether Wife Is Capable Of Earning: Delhi HC [Read Judgment]